“This Too Shall Pass”, the Path of the Researcher 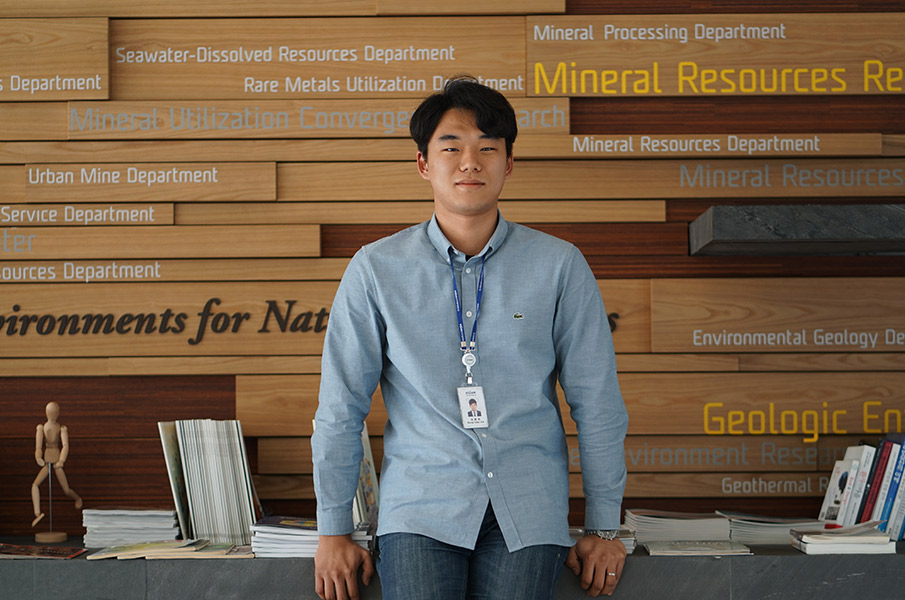 “This Too Shall Pass”, the Path of the Researcher

The Korea Institute of Geoscience and Mineral Resources (KIGAM) campus stretches alongside Tandongcheon stream, where cherry blossoms gently float in the air, carried by the spring breeze. Just like the cherry blossoms that bloom after a long winter, there comes a moment in one’s life where all the hardship pays off. This is especially true for researchers, who get to reap the rewards of a long arduous period of hard work. In this short season between icy winter and the blossoms of spring, we met Kim Byeong-gwan, a student who has experienced both the winter and spring of research at UST.

When he was young, Kim just wanted to be a grown up who would make a lot of money. This dream changed along the way, and his goal transformed to studying in a university education program to become an elementary school teacher. In order to achieve this dream, Kim started studying with passion, going from 34th place in a class of 38 students, to 1st at the time of graduation from middle school. However, he was not as successful at the College Scholastic Ability Test, and failed to make it into the University of Education. Kim now says that this failure was for the best, as it gave a new direction to his dreams. The study of geology, which he thought would be dry and boring, turned out to be fascinating as he got deeper into it. Currently, Kim is a rising young researcher in the field of geopolymers, which has him completely captivated.

When Kim told his parents that he wanted to go to graduate school, he said his goal was to help people based on the knowledge and experience he would gain. Currently, the focus of Kim’s research is radioactive waste disposal using geopolymers. Geopolymers hold great potential for safe radioactive waste disposal in the upcoming decommissioning of the Kori 1 reactor, due to their exceptional performance in the immobilization of radionuclides as well as their heat and chemical resistance.

“IIn order to reduce carbon dioxide emissions, geopolymers, often called ”green cement“, play a crucial role. The process of making cement involves the calcination of limestone at very high heat, which produces a large amount carbon dioxide. On average, 800kg of carbon dioxide is produced for every ton of cement. In contrast, geopolymers are made at low temperatures, from room temperature to about 60℃, thus having up to 80% lower carbon emissions than cement. Furthermore, they are made by recycling industrial byproducts such as fly ash. I want to study the use of geopolymers as a way to reduce carbon emissions and a form of not just recycling, but upcycling.” 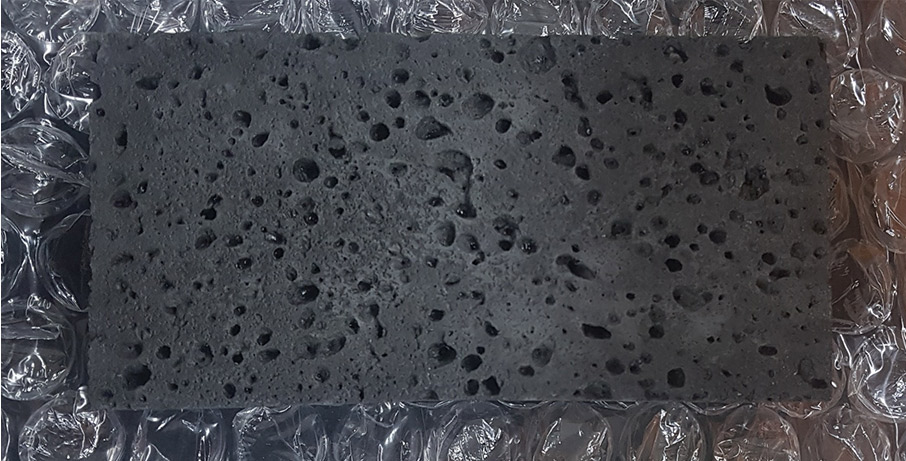 Synthetic basalt brick made of geopolymer 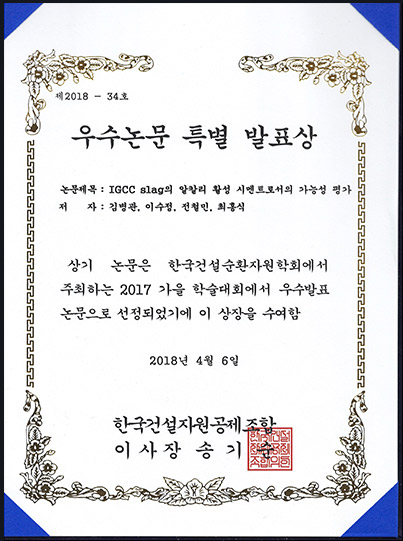 Kim is renowned in UST for having produced outstanding research in a short span of time. For example, he was awarded the highest honors at the ECI series, Alkali Activated Materials and Geopolymers 2018 conference, for a stellar presentation that caught the attention of the jury, even though it was not submitted for judging. This was achieved just 8 months after starting at UST, and was all the more meaningful for Kim as his first award at an international conference. 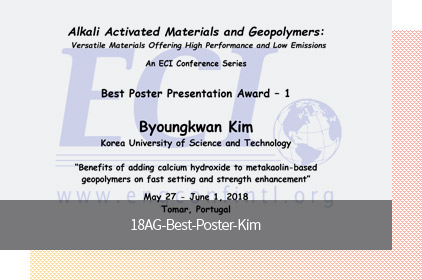 Kim also has lead authored a KCI paper titled “Potential of Coal Gasification Slag as an Alkali-activated Cement”, chemically analyzing IGCC slag, a byproduct of the integrated coal gasification combined cycle, to understand the unique characteristics of the material. He also published a paper titled “Influence of Na/Al Ratio and Curing Temperature of Geopolymers on Efflorescence Reduction”, which quantitatively evaluated the efflorescence reduction effect of geopolymers. Kim says that such shining achievements came at the end of backbreaking work. He’d lost 10 kg from working day and night over two months, preparing for presentations at national and international conferences. However, he always had tenacity that took him through such tough times, from the time he pulled up his grades in middle school, to his present achievements. “I think I might be a little better than others when it comes to working hard. I don’t get up once I sit down at the desk,” he says with a laugh. 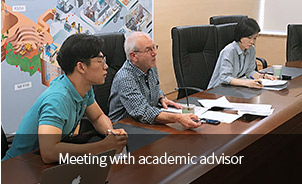 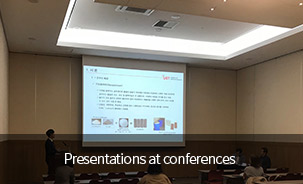 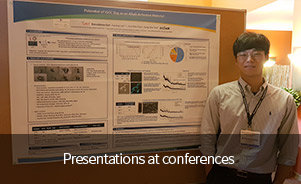 For Kim, the main reason behind his choice of UST was a memorable meeting with Dr. Lee Su-jeong. Unlike what students experience at other graduate schools, Dr. Lee took time from her busy schedule for a detailed discussion of the major, and to give him a full tour of the lab. She takes a close interest in all of her students. A student who came to Kim’s lab for a summer internship was awarded best intern that year. Kim says that the professor’s interest and affection for her students was an important source of strength that drove him to accomplish so much in a short time. He feels all the stress melt away when she encourages him, saying, “Well done.”

At UST-KIGAM campus, there are experts in a wide variety of fields, such as geology, resource engineering, environmental engineering, chemical engineering, and materials science, creating an ideal environment for the current trend in research requiring the convergence of various disciplines. Furthermore, as KIGAM is Korea’s only government funded research institute for geological resources, it holds a vast collection of state of the art equipment freely available for use, in an optimal environment for keeping abreast of the latest developments in geological resource research. Kim compares the UST environment to the traditional Korean game of yut. “You can move forward one space at a time anywhere. However, at UST, you have an environment that allows you to move five spaces forward. Whether you move one space or five spaces depends on your effort.”

Kim had thought long and hard about moving on to PhD studies, even losing sleep over the question. He had passed the recruitment test for a public corporation and only had the final interview remaining, but made the bold decision not to go. His reasoning was that he could get a job anytime in the future, but he would regret not studying more in his youth.

“In my experience, when faced with a difficult decision, it’s better to go with the choice that leads to fewer regrets. If you think you’ll regret doing it, don’t do it. If you think you’ll regret not doing it, then do it. Before starting my PhD program, I confided in a senior researcher that I wasn’t sure if I had the right aptitude for becoming a researcher. His reply was that the point of studying is to build up the aptitude.”

Kim smiles sheepishly, saying he won’t know for sure until he tries. He will continue on the path of the researcher, knowing that the past days of hardship may be repeated in the future. However, his smile contains infinite potential and hope for a better world. Just as April showers bring May flowers, his hard work will pay off in the end. 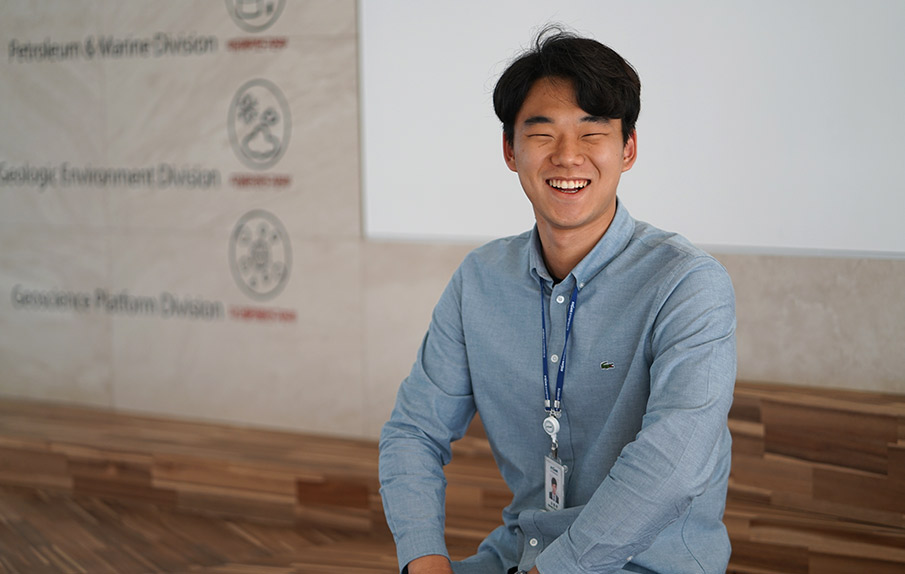