Embracing the Spirit of the Challenge 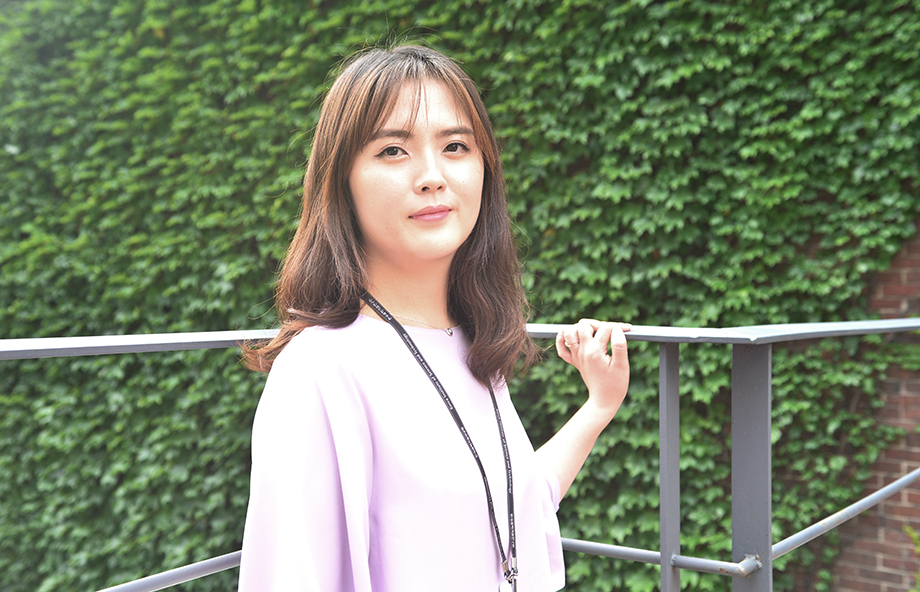 Embracing the Spirit of the Challenge

There are paths we have to face over the course of our lives. The choices we make and the result those choices bring about shape our life. Each one of us accepts our life with a different attitude. Some of us defeat fear with courage and optimism, others let anxiety take them over. Although paving one’s way is far from easy, when you look around, there is someone who embraces the spirit of the challenge. Kim Min-kyung, a doctorate student of UST-KIST school shares her story. 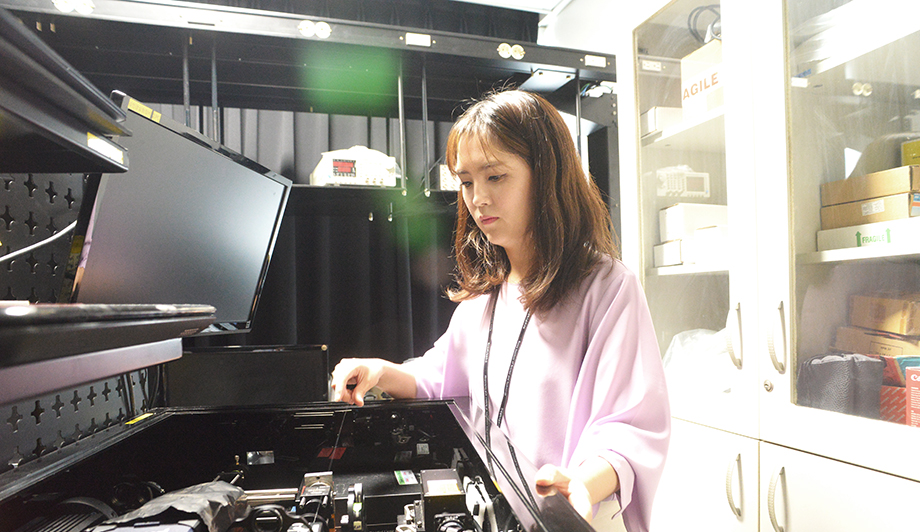 No Challenge Can Bind Me

Kim recalls her past as a series of challenges. In high school, she wasn’t able to make it to the Korea Armed Forces Nursing Academy that she hoped to attend. She felt powerless in the face of adversity. Nevertheless, she had to move on and began her undergraduate study in Optical Science at Kyungwoon University, feeling bitter about the choice she had to make. College life wasn’t satisfying, but eventually things started to change within in a year and her major of Optical Science started to intrigue her.

Kim’s past has a sad story. When her brother was only 5 years old, he severely damaged his cornea while playing in the sand on the beach. Because of this event, she developed an interest in Optical Science. The more she delved into the subject, the more she learned about the difficulties of people like her brother with conditions like corneal astigmatism, dyslexia that limits academic performance, and low vision that restrains someone’s economic and social life. Her desire to know more led her to continue her studies at Konyang University’s graduate school under the same major.

I found Optical Science interesting because it encompasses a variety of fields of study from ophthalmology, pathology and biology to optics. However, I encountered an obstacle at one point. After I obtained an optician license and started my master’s degree, I started working at a doctor’s office and eyeglass store but I couldn’t find any opportunity to utilize what I learned at school

A year passed at the eyeglass store and there still was no way in which she could use her potential. When she was getting frustrated, opportunity knocked on the door like it was destiny. She saw a notice that KIST was looking for an Optical Science major. The Center for Bionics was trying to develop a head mounted display necessary in applying optogenetic technology for people. They needed someone with an Optical Science background who has knowledge on the overall process of signals including understanding objects, eyesight, visual function and nerve signals reaching the brain in optical systems. 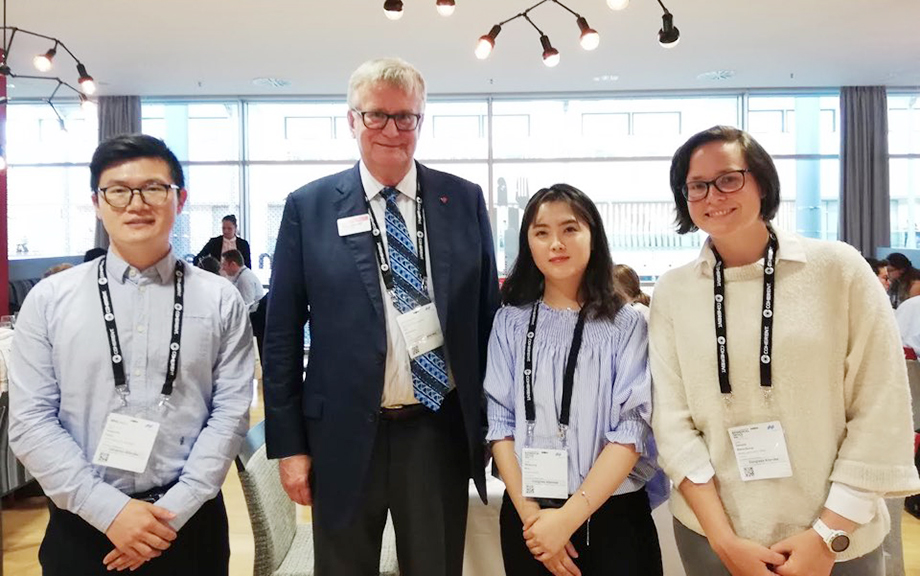 “It all would have not been possible if my academic advisor Dr. Shin had not known about Optical Science. I didn’t let this precious opportunity slip and it became the turning point for me to change my major from Optical Science to Biomedical Engineering, which is a field of convergence.”

Convergence Research, Only Made Possible Together

While working at KIST as an associate researcher, she developed a system that enabled her to obtain a fluorescent images and implement photostimulation from a live rat with optogenetic applications.

“Convergence research can’t be accomplished by oneself. Cooperation from the Center for Bionics and interaction with other labs and institutions were vital to my research. I was taught a lesson along the way: the most important thing in convergence research is the flexibility to learn new skills.” 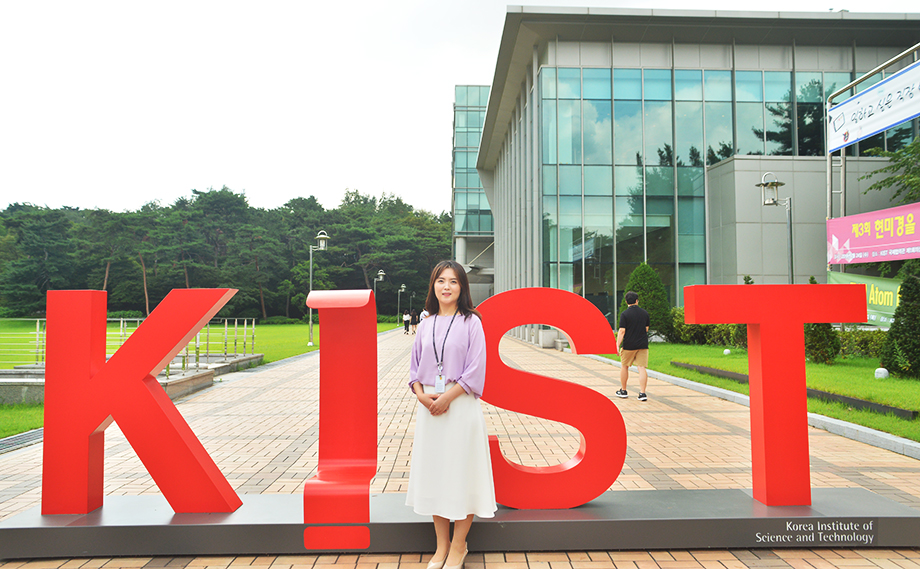 While working at KIST, Kim started her 6-year doctorate study, which means her new adventure has begun. When asked what UST means to her, she answers with sparkling eyes, “UST is the wings to guide me to a new opportunity.” Indeed, her wings led her to boost her research capacity and extend the horizon of her studies. Among them was taking part in the Training Program for Science and Technology Entrepreneurship. While interacting with UST students and professors from different campuses across the country, she was able to build a network and felt the magnitude of the Chinese market. 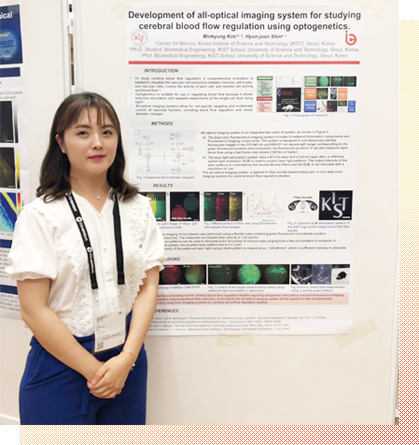 The second program she participated in was the Young Scientist Research Program. It had been quite a while since Kim finished her optogenetic research project. However, she wanted to continue her work. While she focused on system development in her last project, she wanted her second research project to be biologically meaningful. Based on this idea and project plan, she decided to apply for the Young Scientist Research Program, which she is currently working on. She gave a presentation on a poster displaying the result of her research at the Symposium on Precision Engineering held in Jeju this May and at the 2019 ECBO held in Munich, Germany, in June.

The Young Scientist Research Program supports individuals to empower and nurture their expertise. Being part of the program felt more meaningful to her because she can finish her research in a timely manner when she is graduating early next year. International conferences the program allowed her to attend were also a valuable chance to enrich her experience. “If you are wrapping up your doctorate, it’s worth giving a try,” she says.

“I Want to Be a Mentor Who Grows Together”

Even in the middle of engrossing work, she has managed to settle down as a wife and a mom. When research itself can take a toll on one’s life, what she accomplished in her personal life from marriage to delivering a baby to being a mom is quite impressive. She didn’t want to sacrifice anything. In fact, she didn’t think she needed to.

“My first paper came out after three years of my doctorate study. The second paper was completed a week before the delivery. I didn’t want marriage and delivery to get in the way of my work so I worked really hard. My biggest concern was to receive feedback while recovering at a postpartum care center after my delivery. So, I prepared myself for the situation by finishing the required experiment in advance. Knowing what I went through, some students reach out to me when they have to make a major decision like that. I appreciate I can be the person to help.” 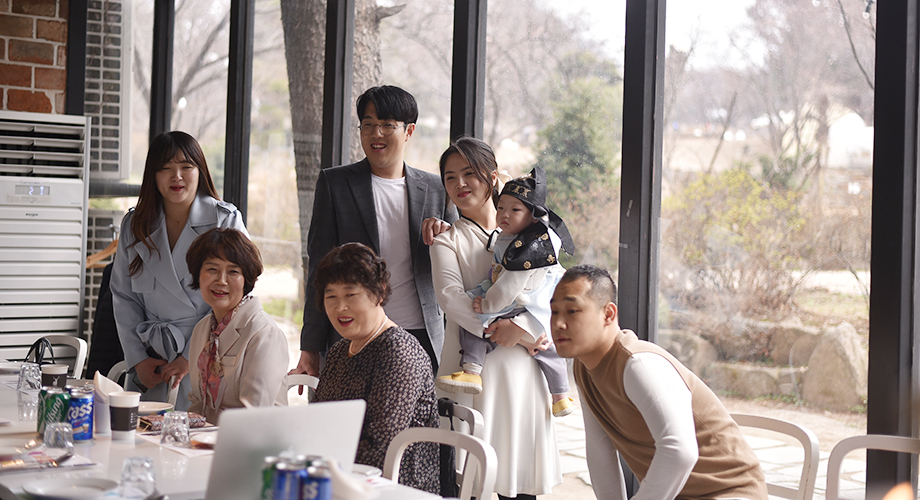 She says her academic advisor’s trust and support has to be credited with the decision she made at that critical moment. He created the environment where she didn’t have to give up on anything between her personal life and career. “I’m very lucky. If it weren’t for UST, I would have not been able to make a living while continuing my research and marrying and having a baby. So it’s safe to say I am extremely lucky.”

The most ideal researcher in her vision is someone who does the work for others and who takes people into account in their research. In the same context, her goal is also to research and develop technology to be directly applied to people. In an interview, she also highlighted her hope to be a good mentor, because she knows that her experience can give hope and courage to someone else out there. Her inspiring spirit of the challenge and deep passion for research certainly deserves hearty applause.