A Deep Sense of Mission Changes a Career Path, Leading to Faculty Appointment 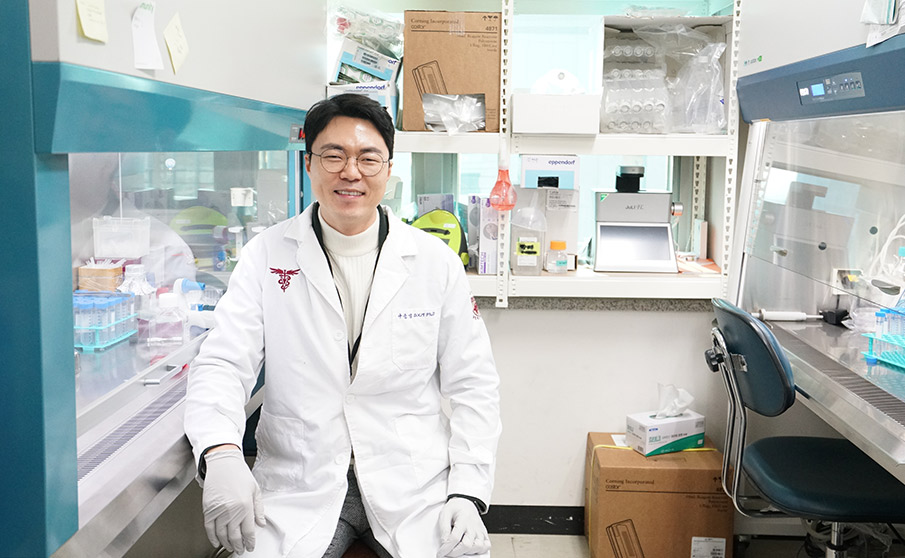 A Deep Sense of Mission Changes a Career Path, Leading to Faculty Appointment

“Viruses ─ that serene, fatal presence. Also, elusive, virally fast, and almost impossible to kill once they’re in.” Mr. Nah Wun-seong (hereinafter, “Mr. Nah”), a member of the UST-KRIBB alumni, celebrates yet another day in fighting his good fight with the deadly microorganism. And he shares his thoughts on the subject of “calling,” which has guided him toward a career path he never thought possible. An hourly chat with him satisfies the curiosity harbored by this reporter on calling, with a firm affirmative nod, no less.

Putting himself on the “frontline” over a stable future

In 2009, when the avian influenza (AI) swept across the country, chicken and duck farms in South Korea writhed with moans of despair and frustration. Mr. Nah, a UST graduate and the then-army public veterinarian on mandatory military service, remembers those days with acute freshness.

“Veterinary medical students undergo three years of alternative service with disease control for preventing and controlling infectious disease in domestic animals in remote locations around the country,” says Mr. Nah. “During my three years of service in Pyeongtaek, foot-and-mouth disease and AI occurred and later expanded throughout the country. The horrific process of killing the sick animals at the farms where I served can never be erased from my mind! Interestingly enough, it served as the opportunity for me to open my eyes full-on to the seriousness of animal viruses.”

Then a veterinary medical student, Mr. Nah once worked at an animal hospital in Canada. His chosen area of expertise means stable employment and a rosy future in the capacity of clinical veterinarian or civil servant specializing in veterinary medicine. Not for him, though. After being discharged, he suddenly changed course. He chose viruses ─ his good old pal of the past three years. His initial goal of researching for the health of animals remained unchanged, but the location of his endeavors did. Now, he chose to become an animal protector working at the “front.”

It didn’t take long for the two to find each other. A link that connected Mr. Nah to the UST was Dr./Prof. Song Dae-seop at the Korea Research Institute of Bioscience and Biotechnology (KRIBB), who was his adviser. It was a no-brainer decision on Mr. Nah’s part, for he really didn’t have any other “favorites” in case his UST try-out didn’t work out. In fact, his experience with labs earlier on as a undergraduate student on a volunteerism scholarship made him shout “Eureka!”, realizing the funny turn of events that linked him to the researcher at the government-funded R&D center.

That’s how Mr. Nah joined the UST-KRIBB in 2011, when his former vet school colleagues were garnering a doctoral degree one by one. To the carefully stated question if he had any “angst” about becoming the only guy who was left behind, he turned his calm, unperturbed eyes to me, seemingly as sure of himself as ever.

“Back then, I used to get that question from people around me a lot, ‘UST? What’s that?’ (He laughs.),” he says. “But on my first day at the campus as I walked around it, I just decided, no qualms about it at all. Because I could plainly see the difference in the research lab facilities alone, the school being the national research-oriented graduate school and all.” 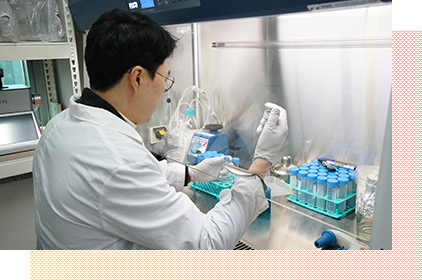 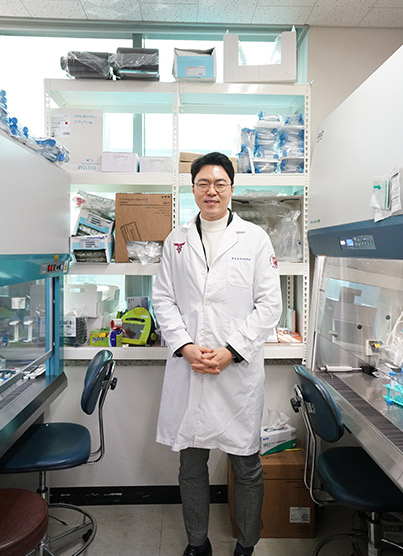 Another merit that made him choose UST over other graduate schools was the fact that the school allows its students to “live and breathe” the ethos of research-oriented expertise and professionalism as manifested in the institution’s faculties and research fellows, that the schools continuously engages its students in the “trendiest” national policy projects, thus encouraging them to learn deeper and wider.

Passionate pursuit of an integrated MS-PhD program coming to fruition in a mere 3.5 yrs

A late-starter with burning passion for learning, Mr. Nah successfully completed his integrated MS-PhD program in a mere 3.5 years at the UST-KRIBB. Starting late doesn’t necessarily mean arriving late ─ he has proven that for sure. To my question on his UST student years and what they represent for him, he flashed a bright smile, saying “hectic, hectic, and hectic days.” But the confidence and pace of a seasoned researcher was hard to miss.

“When I was working-studying at the KRIBB day and night, I went out to the experimental farms around the country, day after day,” says Mr. Nah. “At first, I continued the research on isolating the influenza strains from horses, which, for me, remains one of the most rewarding projects I’ve done so far. I succeeded in isolating the viruses from Korean horses and was the very first scientist to accomplish that.”

After that, Mr. Nah also succeeded in developing a vaccine, which resulted in a technology transfer to a company in 2014. The success gave him a taste of commercialization promises, an ultimate goal for researchers working in basic sciences. 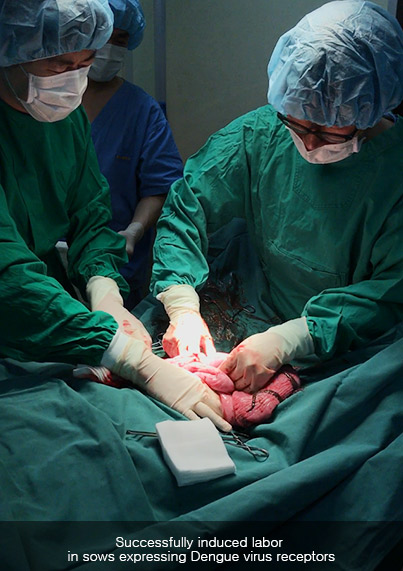 “That possibility had its moments again last year,” he continues. ”With Yonsei University chemical engineering department, we jointly succeeded in developing a detection-diagnostic system that identifies AI virus pathogens within 30 minutes.” He began this project about four years ago at KRIBB as part of its global frontier project, arguably the most extensive project done at the institute so far. In August 2018, the project was showcased as the cover article in the international journal “Advanced Functional Materials,” a victorious outcome in all its glory. The technology is also subject to technology transfer, its commercialization now underway. 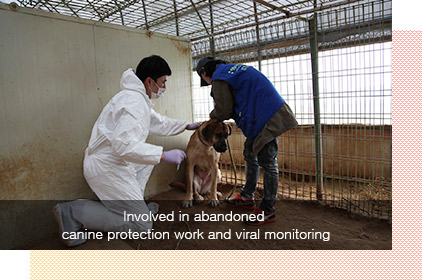 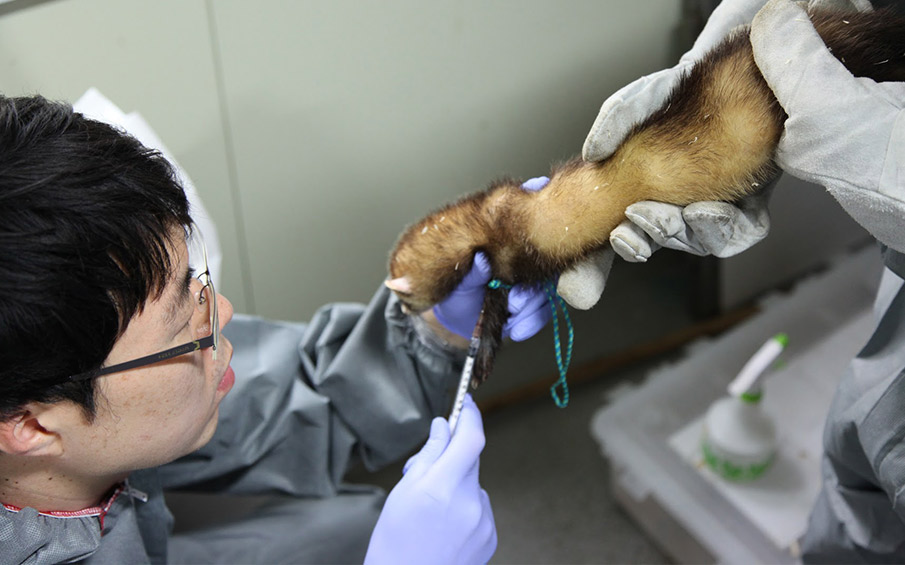 The vast spectrum of his research outcomes, a sheer crystal of his passion and hard work, hasn’t gone unnoticed; in fact, they have been presented to him as a special gift. He relishes the news that he has been appointed an assistant professor with a tenure contract at the Dept. of Virology, College of Veterinary Medicine, Chonnam National University. A late starter with a sudden shift in his major field, Mr. Nah has run, run, and run with his eyes set firmly on his research-oriented goals, every second of his past few years. His sentiment, however, is rather austere and, again, genuine tinged with honesty.

“I didn’t join the UST-KRIBB for the sake of an ambition that I would one day become a professor,” Mr. Nah says. “I just wanted to study viruses more, deeper, and to develop vaccines, lots of them, that can be really useful for our daily lives. Maybe, that’s why I still feel overwhelmed at the news. I keep seeing the faces of all these people who have helped me all along, and the first thing that comes to my mind is now it’s my turn to pay back, or pay forward rather. I mean I must become a mentor to my junior colleagues by helping them like I’ve been helped by so many of my professors.”

He also describes himself as being lucky. Being a member of the UST, which is heavily affiliated with principal research centers around the world via MOUs, “I was met with no limitations when it comes to in-depth research or experiments on a global scale.” In fact, Mr. Nah enjoyed many opportunities for first-hand research participation, for example, experiments on horses and camels in Mongolia and highly pathogenic influenza trials at sites in Vietnam. In Korea, it is difficult to secure animal subjects to study, he laments, and experiments involving highly pathogenic influenzas can only be conducted at registered institutes. Given that, it is not hard at all to nod to his statement, “UST is like your safety-blanket, it’s there for you, you can always depend on it.”

During research in Mongolia 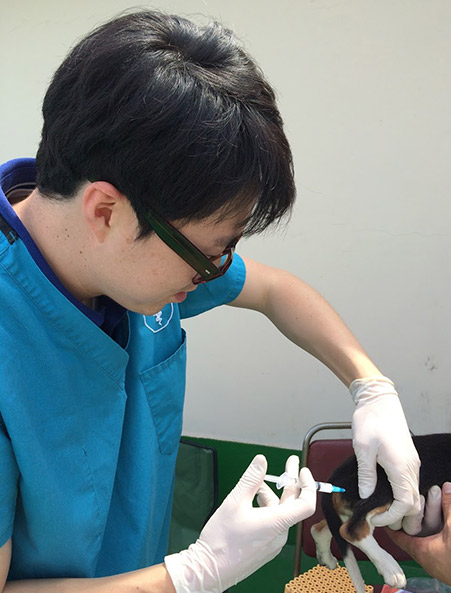 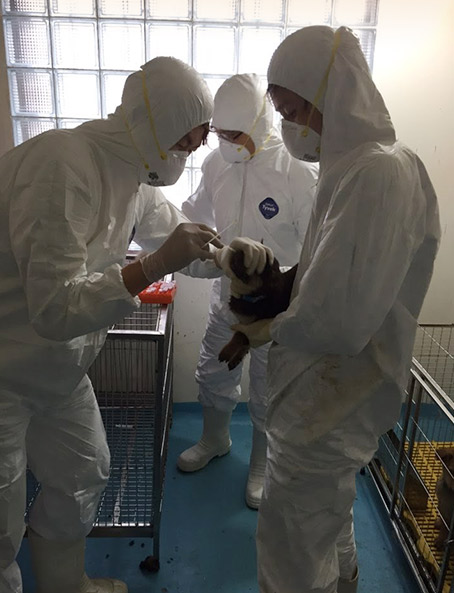 Carried out experiments on highly contagious pathogens in Vietnam