“Seeing is Believing, Believe What is Visible” 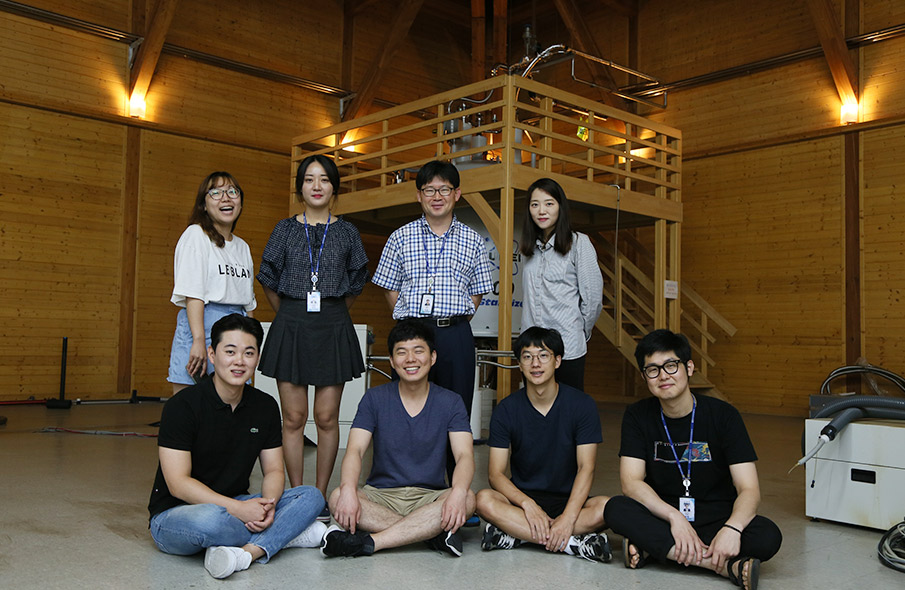 “Seeing is Believing, Believe What is Visible”

It is said that seeing is believing. Even for the news, where accuracy is essential, one photograph has greater power than a line of text. Science is no exception. If the Nobel Prize existed for scientists who announced theories with novel ideas in the past, nowadays it falls to researchers who prove existing theories and realize them with the best equipment. Biotechnology, which has advanced significantly in the 21st century, is also the fruit of three-dimensional observation up to the atomic level and of analytical technology for obtaining and processing biological information rapidly using cutting-edge equipment. To cultivate experts in the bio-analytical field based on the various latest analytical techniques and cutting-edge analytical equipment is the vision and goal of the Bioanalytical Science Major of UST-Korea Basic Science Institute (KBSI). 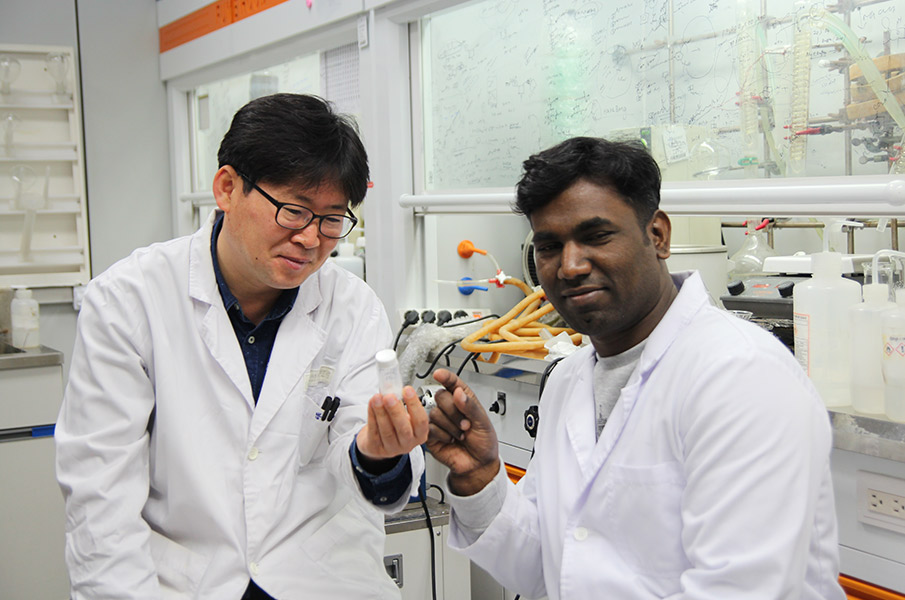 The Best Experts Can Support the Best Research

"The equipment that KBSI does not have does not exist in other places. And if the equipment also exists in other places, KBSI has the same equipment with the best quality.” This is the proud explanation of Bang Jeong-kyu, the chief major professor of the Bioanalytical Science Major (and chief researcher of the KBSI Protein Structure Research Team). In the KBSI Ochang Center and Daedeok Center, 17 major professors and nine students conduct systematic R&D on cutting-edge biology analytical technologies, which is the key to modern biology and bio-industrial technology competitiveness, in a multidisciplinary research environment.

As the importance of analytical equipment is being emphasized in overall science and industry circles, first-line university laboratories and companies are becoming equipped with various equipment. We are misunderstood due to that sometimes. If the analysis equipment is good, anyone can shoot and analyze, can’t they?” No. It is like how only professional photographers who learned the various functions of their camera and have ceaselessly made efforts can take a photo that attains artistic achievement, even if the camera is the same.

Furthermore, “support” is not “assistance.” Sometimes people misunderstand “support” as assisting other research. The dictionary definition of assistance is to add and help; in other words, it means helping the main thing. On the other hand, “support” refers to backups and help. KBSI only “supports” joint research in order for researchers to advance one step higher for difficult problems that other researchers have not solved so far and find clues that will unravel problems using the best equipment.

“I conducted research on compounds in a U.S. cancer institute for 5 years. But I did not know how the compounds I made were studied in the next step and what results were made. On the contrary, in UST, we know how the compounds become a medicine and what efficacy it will have by monitoring together and exchanging opinions in each research step. That makes us know the whole flow. That’s how research is fun” 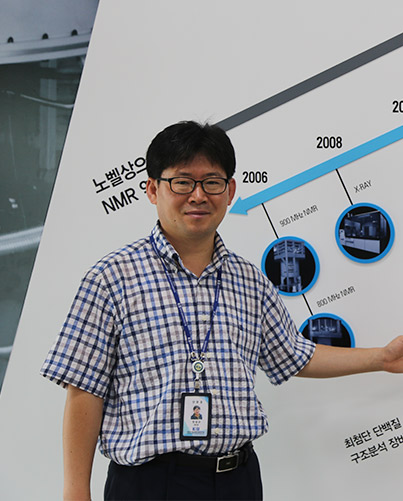 Chief Professor Bang said that experts in the entire process of new drug research and equipment are gathered in the Bioanalytical Science major of KBSI and picked this as its greatest strength. Professors and students from each field talk face to face, exchange ideas, and discuss research results. Then, new ideas and results come out. If the one thing that I know is converged with the surrounding resources, it becomes three things. 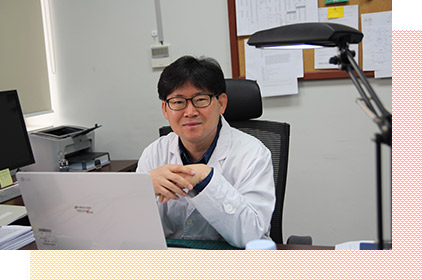 Chief Professor Bang guided us through the research process. The starting point is the discovery of target candidates for new drug development. Using nuclear magnetic resonance (NMR), protein structures are analyzed and compounds that will become new drugs are designed. The Biomedical Omics Team, Disease Target Function Team, and Biological Disaster Analysis Team all carry out the evaluation of mechanisms and efficacy of new drug candidates and do research confirming the effects of drugs with animal testing. Also, the Bio-Imaging Team not only can identify how effective a medicine is for an area of the body but also conducts clinical research based on human MRI. In other words, the Bioanalytical Science major is a “one-stop drug developer” where research is conducted in one space from the discovery of a drug candidate to structure foundation, compound and efficacy.

The importance of analytical equipment that influences research results goes without saying. It’s said that if you know your enemy and know yourself, you win 100 times out of 100 battles. The 900 MHz nuclear magnetic resonance (NMR) equipment which can see giant protein structure is the only one in Korea. As it checks the structure, shape and mobility of proteins that are the target of the drugs to be developed, effective new drug development is possible. Using an electron microscope and X-rays for research on the three-dimensional structures of protein, KBSI can obtain new information that could not be obtained with NMR. A high voltage electron microscope (HVEM, 1000kV) is also only found in KBSI domestically. The strengths of HVEM are its high resolution and high penetration compared to mid-low voltage electron microscopes (80-200kV). Three dimensions of the proteins that work in cells can be seen with the closer observation of relatively thick samples (up to 4 ㎛). Also, if animal and human MRI from the Bio-Imaging Team is used, the effects that developed drugs have on actual animals and humans can be checked. KBSI can literally be said to be an optimized research institute for protein structure.

With this equipment, a research team led by Chief Professor Bang developed a contraceptive that has fewer side effects by hindering the interaction between proteins and adjusting functions, and an article on this was published as a cover article in "ChemMedChem," a journal of medicinal chemistry, last year.

Lim Min-su, who is in the third year of his doctor's course, entered UST to become an expert with more professional research and study based on various experiences in KBSI for three years and in a general company for one year after graduating from his master’s course in a general graduate school. He said that “an environment where the best equipment can be used and advice from experts in various fields is available” were the greatest strengths of the KBSI Campus.

Lee Ha-young, who is in the third year of the doctor's course, also chose KBSI Campus, attracted by the use of cutting-edge equipment. “I dream of developing a biomarker that diagnoses diseases with Omics,” Lee said.

The graduates are mostly employed by research institutes and pharmaceutical companies in the Daegu-Gyeongbuk Medical Cluster. Even though good equipment is installed, many companies and institutes have difficulty finding employees who can operate the equipment, so they think highly of talented graduates who majored in Bioanalytical Science and can conduct new research using the equipment themselves. 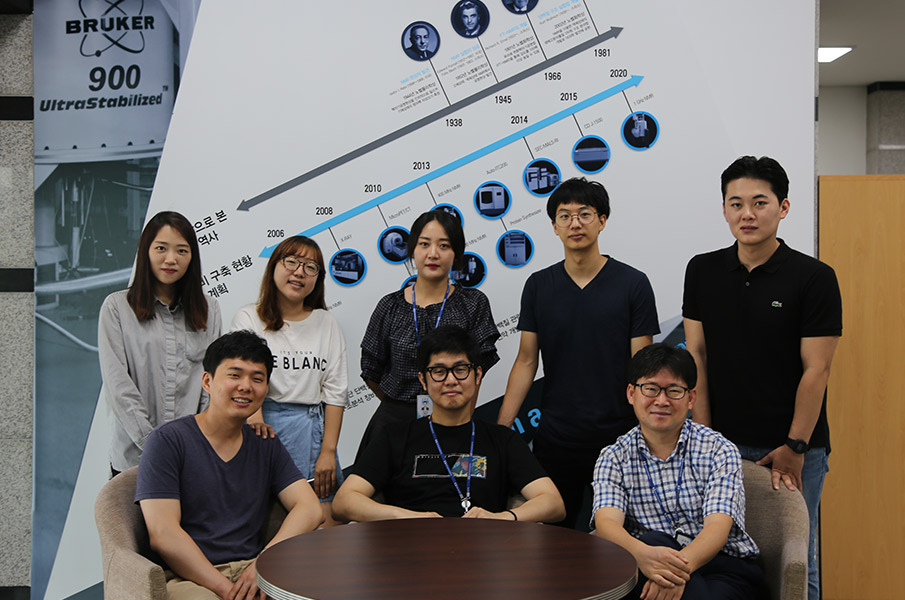 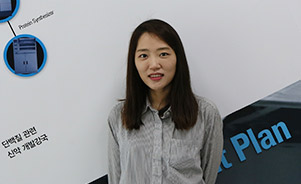 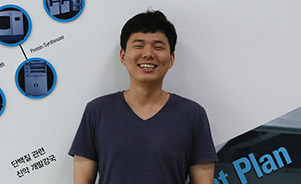 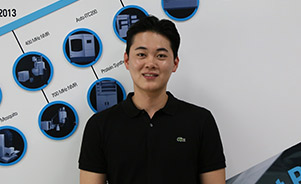 “ To realize scientific ideas, what is needed the most is equipment. But equipment is 'tool.' It can’t be the core. The core is the ideas of researchers.”

Chief Professor Bang mentioned before that the biggest advantage of the Bioanalytical Science major was equipment. But ironically, he said that it is not the core. The core is talent. To survive, scientists should excel in their master regardless of nationality and times. Therefore, professors make hard efforts to create an environment where blue comes from indigo.

For this, Chief Professor Bang advises students that they should think for 9 hours and experiment for 1 hour so that they have 10 hours to do study and research. He explains that three hours should be spent walking and another three hours talking with others when they think for 9 hours for one hour of concentration and experiments with impact. In other words, it is an order that students should know there is more than what they know. “Unless students excel beyond their professor and pioneer new fields, they are overshadowed by their teacher. The only way to overcome this is to pioneer their own study and new ways by converging various things in the surroundings. I expect many talented students will achieve their dreams in the Bioanalytical Science major on KBSI Campus.” 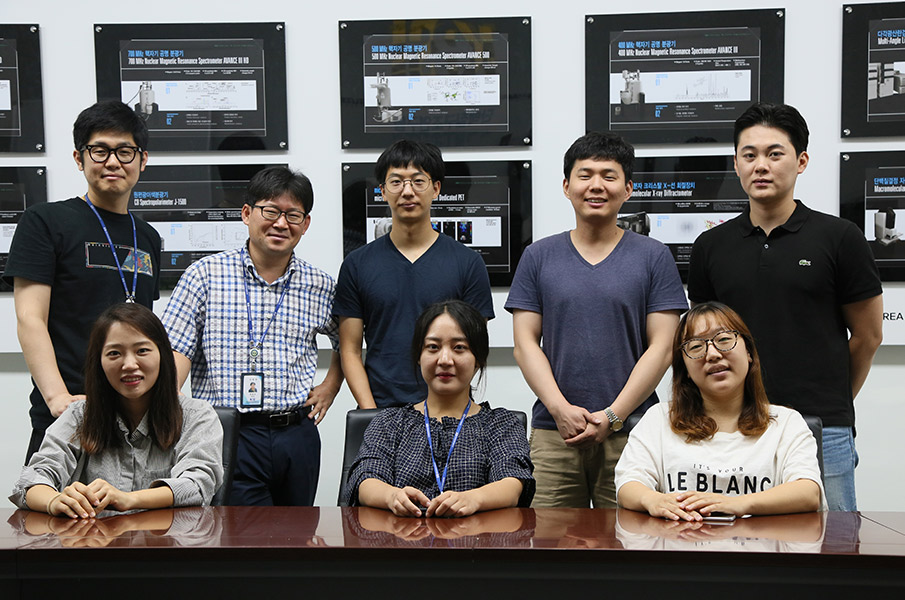