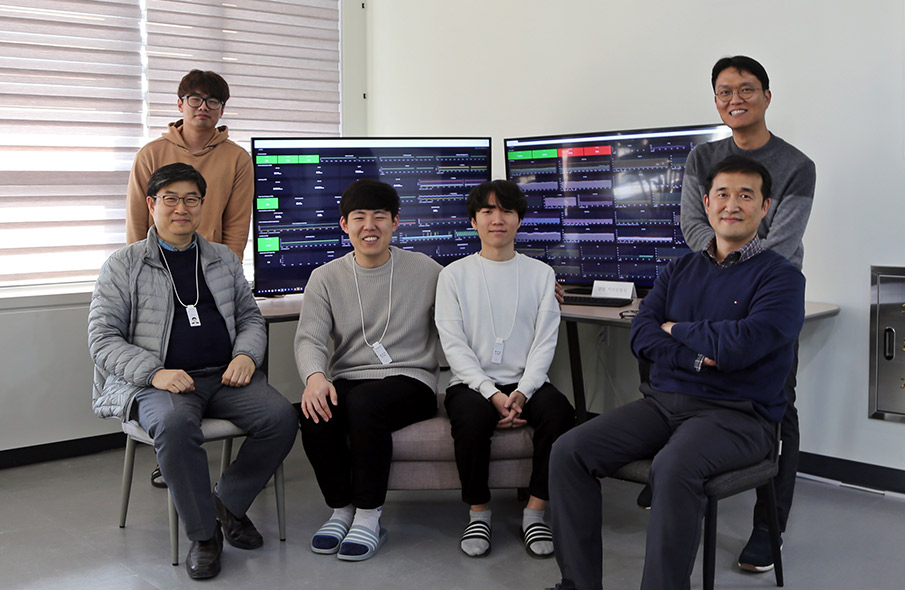 Despite great interest in the scientific world, “dark matter,” which is theoretically estimated to account for 27% of space, is still so unknown that people say just discovering dark matter deserves winning a Nobel prize. Many scientists all over the world have been struggling to find this unknown mystery for over 30 years. Professors and students of Basic Science Major of UST-Institute for Basic Science (IBS) are also expedition members who explore dark matter.

In Search of Dark Matter that Nobody Can find

IBS, which was established in 2011, is Korea’s largest and best basic science research institute. As seen from its name, it was established to increase the competence of basic science that is the root of national competitiveness in physics, chemistry, mathematics, life science, and earth science to global levels, and to secure creative scientific knowledge and promote excellent personnel. 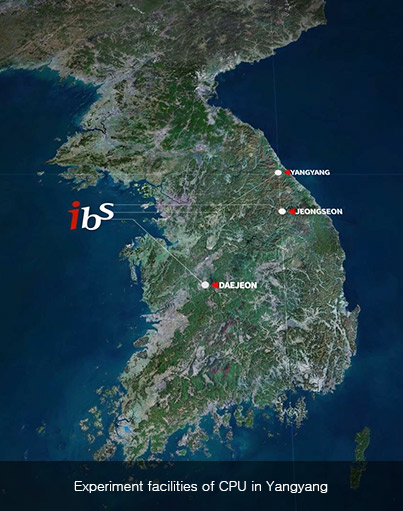 UST-IBS campus includes 15 professors and 18 students. Among them, 4 professors and 5 students majoring in basic science belong to Center for Underground Physics (CUP). They are on the track of the unknown dark matter, traveling back and forth between an underground cave in Yangyang, Gangwon-do and the IBS in Daejeon. They conduct an experiment using a detector installed in deep underground to verify weakly interacting massive particle (WIMP), which is a strong candidate for dark matter. 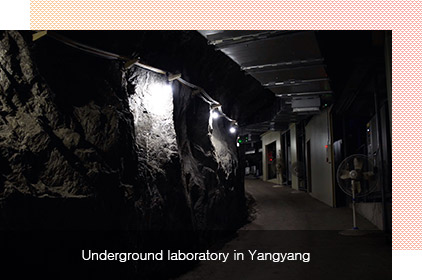 “Discovery of dark matter is an event that can have a profound influence on all known physics knowledge in the world,” explained the major principal professor Lee Hyeon-soo. “Although Korea was a little late for research on dark matter compared to advanced Western countries, independent research that is comparable to the latest from science power countries is now being conducted since a highly sensitive detector has been self-developed.”

Research dark matter is an important key to understanding space. There is no way to understand the origin and history of space without knowing more about the dark matter and energy that form space. That is why professors of CUP make efforts to pass down advanced knowledge about space from basic physics to four dynamics (classical dynamics, quantum dynamics, electromagnetics, statistical physics) to students majoring in basic science. 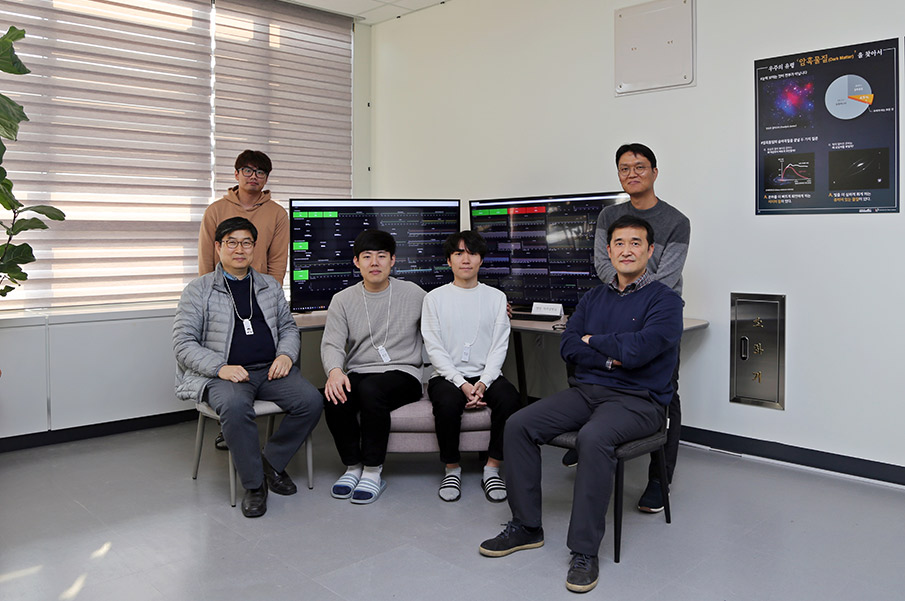 Professors and students of CPU

Space Seen from 1,000 Meter below Ground

With this, the detectors that have been manufactured to catch the dark matter whose mass or property have not been identified and newly devised experiments are actively being used in field class. These are consideration of professors to help students who will become their colleagues in the future learn the unprecedented experiments systematically from the beginning to the end which are difficult to experience in any other places.

These also contain the experiences of Kim Yeong-deok, the head of CPU who pioneered Korea’s first related research, which had been a wasteland of dark matter research, and Prof. Lee, who chose the road of a particle physicist after acquiring an opportunity to participate in constructing the underground physics facilities in graduate school.

“This year, experiment facilities that are larger and more modern than the laboratory in Yangyang will be constructed 1,100 m below ground in Jeongseon, Gangwon-do,” said Prof. Lee. “Finally, the foundation for competing with famous overseas dark matter experiment facilities is being prepared in Korea. I am so excited at the thought that such a special experience can be shared with students.” 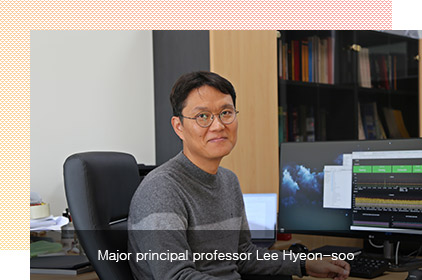 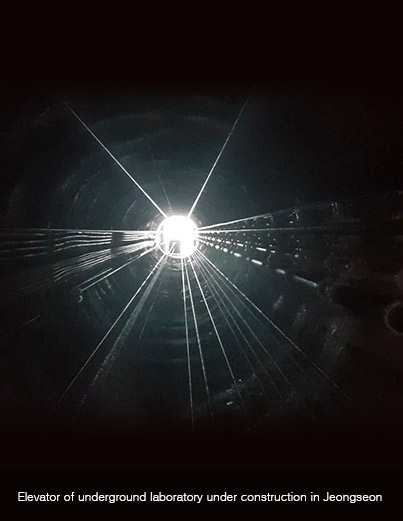 Basic science of UST-IBS campus will focus on classes that are more specialized in experiments such as nuclear physics, particle physics, detector physics, and astrophysics. We wish the Korean expedition team that hurries towards previously unknown truths finds answers about dark matter that holds the truth of space. 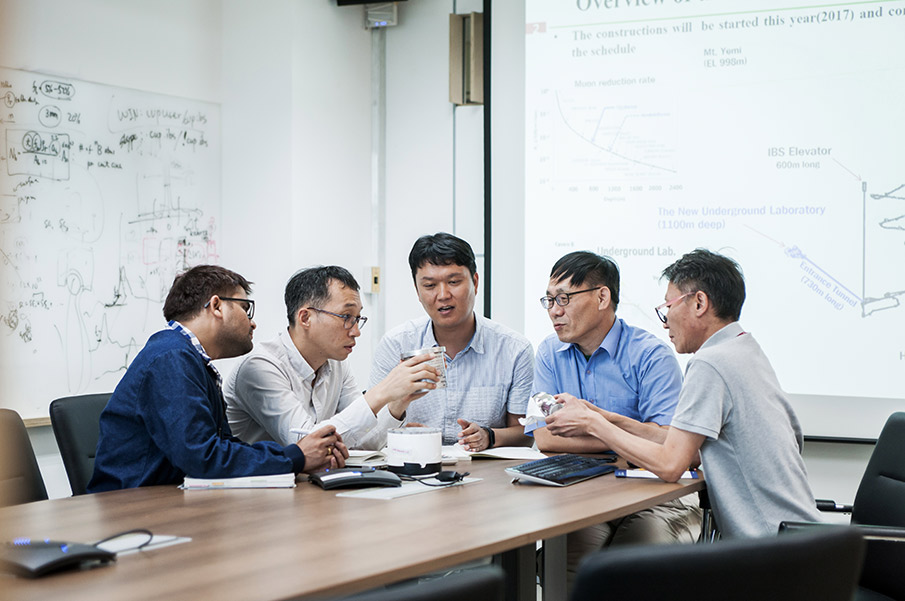