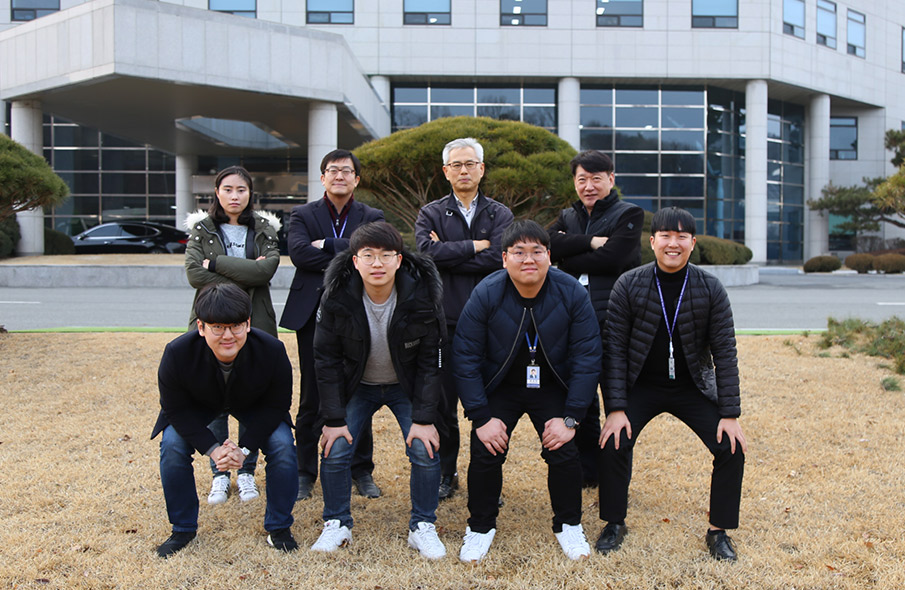 The dream of mankind roaming the sky and space is now exceeding the boundaries of challenges and is becoming the most urgent choice for future generations. With the era of space economy nearing, every country around the world are engaging in a fierce competition of trying to occupy new opportunities of space beyond Earth faster than everyone else. Like the era that split the world into colonies and occupiers during the 15th and 16th century, the new voyage to the unknown in the 21st century is taking place in the sky and space, and at the key of the vessel Korea stands members of UST-KARI (Korea Aerospace Research Institute) campus. 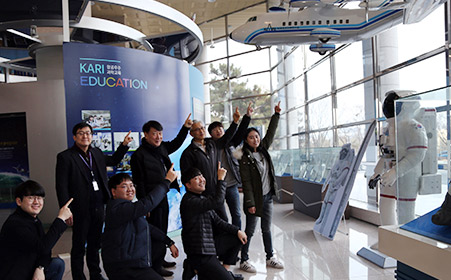 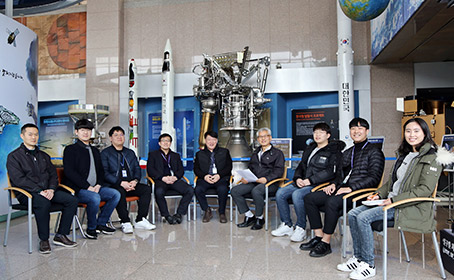 Year 2019 marks the 50th anniversary of Apollo 11 landing on the Moon. Korea found the Korea Aerospace Research Institute (KARI) in 1989, which was 30 years behind the space powers of the US, which already successfully explored the Moon in the 1960s, Russia, the EU, Japan and China.

Despite the poor environment compared to leading countries, researchers of the KARI delved into their mission, and after the legendary achievements of fully self-developed aircrafts and satellites, the institute is inviting us to a bold future of launching a satellite into space from Korea with our own launch vehicle. Integrative students of the aerospace system engineering at UST-KARI campus are the specialists in the future aerospace field that will bring turn this dream into reality. 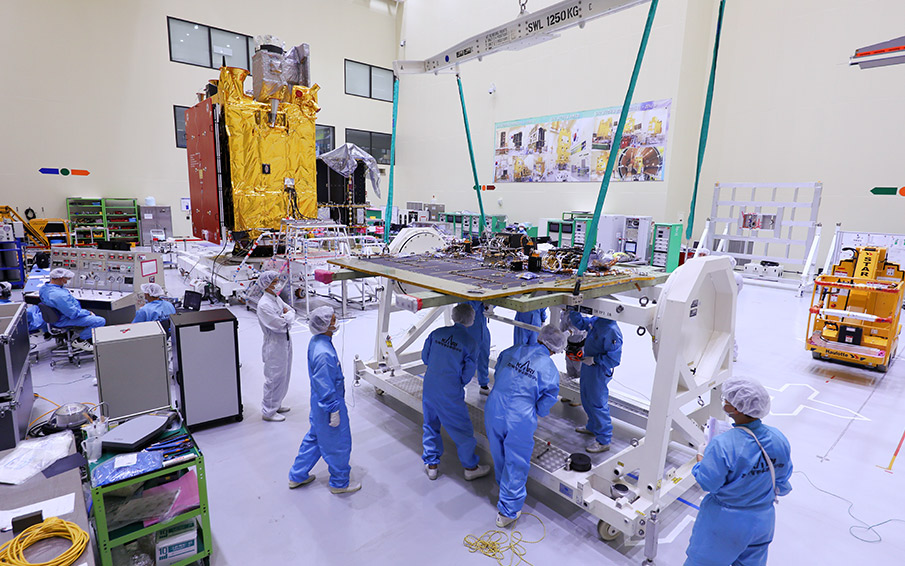 Aerospace system engineering is a field of study that requires a large volume of knowledge that delves into all aspects of the massive and comprehensive field of aerospace that includes theoretical aircraft, satellites and launch vehicle systems, and technical designing, interpreting, testing and assessing of aerospace systems and their subsystems. However, the satisfaction level of students is very high due to the hands-on experience they gain from access to the most advanced aerospace technologies.

Head Professor Yang Su-seok states, “It is difficult to teach many students while actively engaging in critical development projects such as Nuri (KSLV-II), unmanned space vehicles, medium-large and compact satellites.” He further added, “There are few students and professors compared to the campus size, but with research projects and classes taking place based on the principle of having the best few is allowing students to participate in the entire process of project implementation and problem solving.” 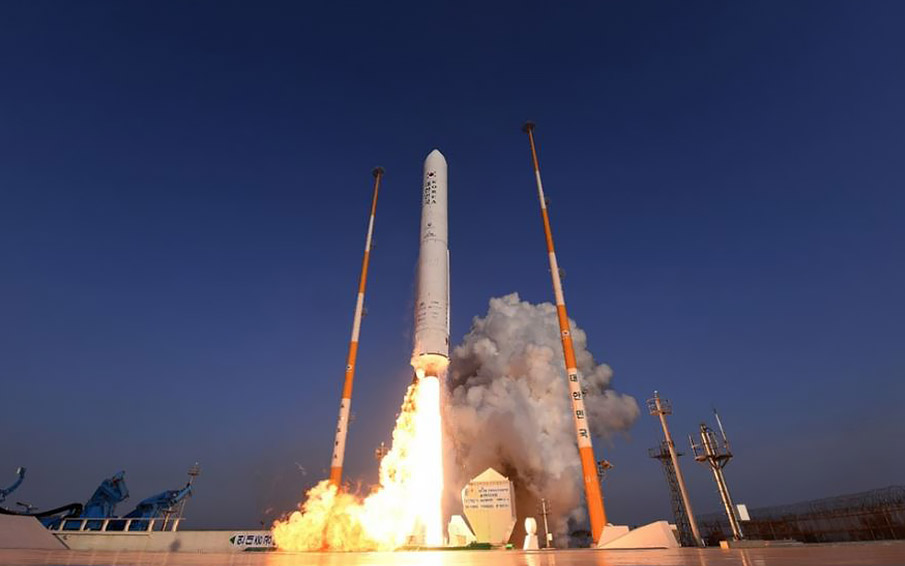 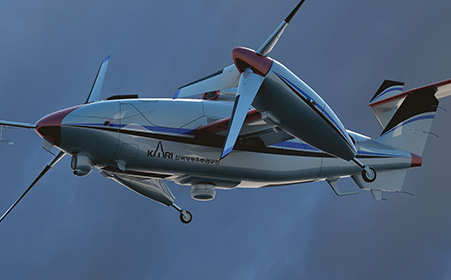 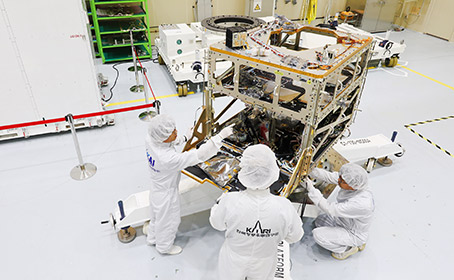 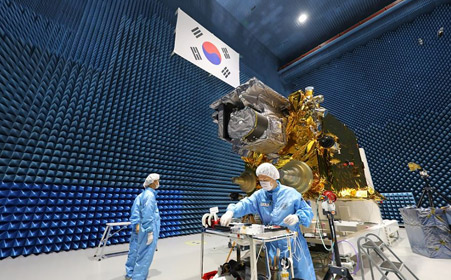 Cheollian-2A, inspection prior to launch 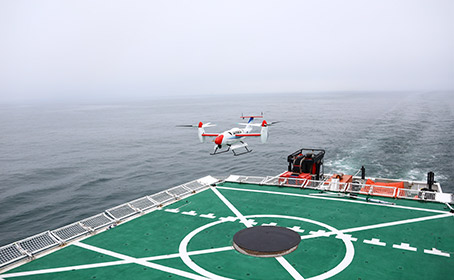 Few Students with the Highest Concentration

Lim Seong-min, a Ph.D. program student, is participating in research projects for image tracking of compact satellites and space debris. He noted, “It is true that there are many fields I need to study, but being able to be part of large-scale research projects that are difficult to find in other fields and having access to high-priced and advanced research equipment are the biggest advantages one can get from UST-KARI campus. The experience gives me a wider perspective.” Lee Gwang-hyeon, a Master’s program student, emphasizes, “It is a strong point to have experts nearby so when a difficulty arises, you can ask them anything.” 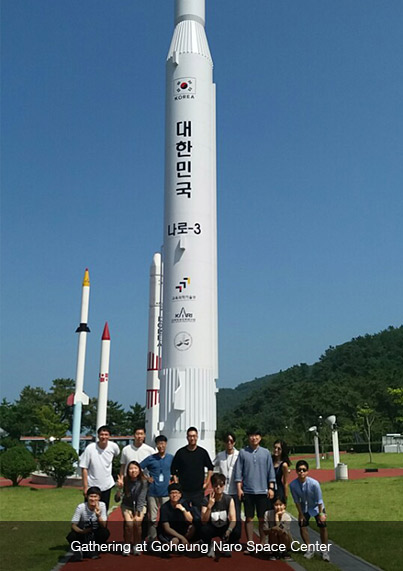 Kim Bo-yeon, a Ph.D. student studying the stability of liquid rocket engines points out the characteristic “Concentration” as the biggest trait of the UST-KARI campus, which was once chosen as an exemplary case of UST. It is said that the Journal Club, the academic exchange committee held every month, gathering taking place twice a year, and Homecoming Day, where more than half of alumni gather, are examples of the student activities that strengthen the relationships among junior and senior students, and they are said to be the energy source of campus members who continue to perform at their peak despite their busy research projects and classes. 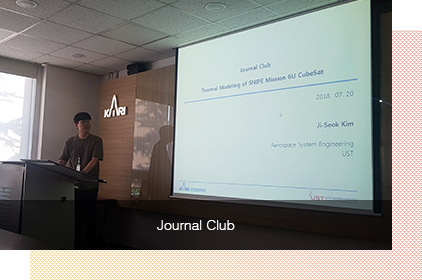 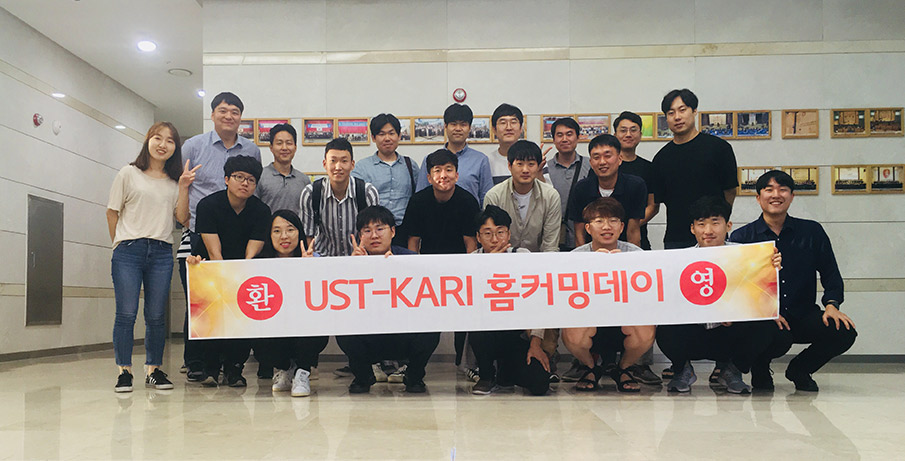 While the aerospace achievements of 2018, including the geostationary satellite, Cheollian-2A, and the successful launch test of Nuri (KSLV-II) carrier rocket, brought great joy to Korean citizens, members of the UST-KARI campus continue to delve deeper in research projects and classes with a new goal in mind, and we all are confident they will make greater achievements in 2019.