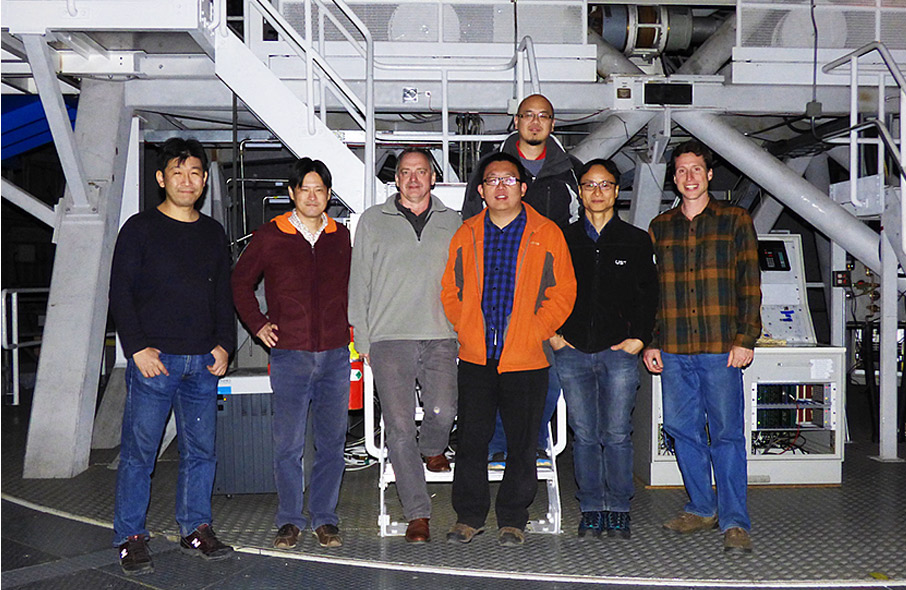 On April 10th, late at night in Korea, a photograph that shook the world was unveiled. Resembling a ring of burning flames, the image was one of a supermassive black hole located in the supergiant elliptical galaxy M87 of the constellation Virgo, some 5.5 million light years from Earth.

At this historical moment when, 100 years after its formulation, Einstein’s theory of relativity was finally proven, 6 researchers from the UST-KASI Campus were celebrating their part in the landmark achievement. We met Professor Jung Tae-hyun, and student Cho Il-je from the KASI team to hear about the blood, sweat and tears they poured into the project over the past two years. 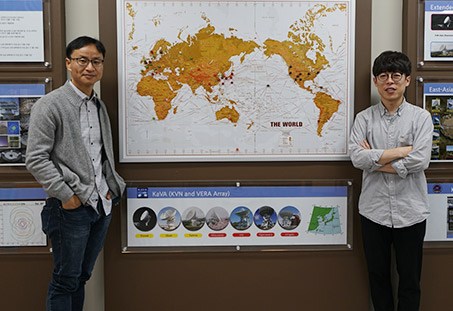 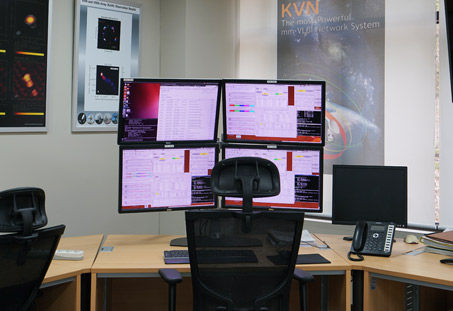 Making of History For Astrophysics and the World

“I’m sure all of us participating in the project felt the same, it was truly an emotional moment. To speak the truth, I wondered if it would actually work. So it was all the more amazing when we got the results.”

More than two weeks since the release of the black hole image, Professor Jung’s phone is still ringing with calls incessantly. He’s become busy like a celebrity, as the star of Korean astronomy. His student Cho Il-je says “We expected a response from astronomers, but didn’t expect the public interest, making it the most searched term on the internet that day.”

The Event Horizon Telescope (EHT) project, which produced the first observed image and proof of a black hole, which existed only in theory before then, is a joint project between thirteen institutions and 200 researchers from around the world. 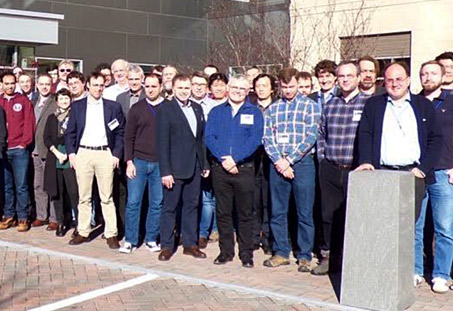 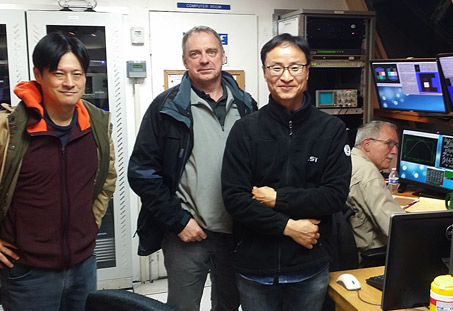 JCMT Observatory on the summit of Mt. Mauna Kea in Hawaii

Of the 8 researchers from Korea participating, over half (Sohn Bong-won, Kim Jong-su, Byun Do-young, Lee Sang-sung, Professor Jung Tae-hyun, and student Cho Il-je) were from the UST-KASI campus. The researchers, led by Professor Sohn Bong-won, in charge of the overall project, and Professor Jung, who participated in the actual observations, generated data from KVN (Korean VLBI Network) and EAVN (East Asian VLBI Network), while Cho analyzed the data and converted it into images, contributing greatly to the remarkable finished product.

“Although the hundreds of researchers were not in the same space, we held video conferences in the wee hours every day for two years. I think we interacted with them more often and more intensively than with researchers at the lab next door.”

It was 2017 when they officially joined the EHT project. Although the project began in 2009, it was conducted by the EHT team alone and only expanded to research teams around the world in 2017. Once the eight radio telescopes around the world had been set up, progress was made much faster than before.

Goal Made All Hard Work Worthwhile

Still, it was no easy feat. Cho, who was in charge of data analysis and imaging, says, “Just synchronizing the signals recorded in the respective telescopes was a challenge.” As the telescopes were all different in specifications, and located so far away from each other, the process of finding and eliminating data errors had to be repeated several hundred thousand times. Furthermore, the original data from the radio telescopes were not images but signals, and imaging these signals was another huge feat.

Still, it was no easy feat. Cho, who was in charge of data analysis and imaging, says, “Just synchronizing the signals recorded in the respective telescopes was a challenge.” As the telescopes were all different in specifications, and located so far away from each other, the process of finding and eliminating data errors had to be repeated several hundred thousand times. Furthermore, the original data from the radio telescopes were not images but signals, and imaging these signals was another huge feat.

“Four groups conducted the same analysis separately, without sharing information, and then our results were compared. We started interacting only after confirming that all our results were consistent with each other. This created healthy competition between the groups. We all worked hard to avoid being the only team with different data.”

Professor Jung, who participated in the actual observations, says the altitude sickness was the hardest part for him. This was because all the telescopes were located at least 2,000m above sea level, with the James Clerk Maxwell Telescope (JCMT) in Hawaii being located 4,100m above sea level. He had to first adjust to the altitude for several days at around 2,800m, and head to the telescope only on observation days. This process had to be repeated many times.

“It was very sensitive to the weather. We could obtain the required data only when the sky was clear in all the telescope locations at the same time. Fortunately all five observations were successful, but each moment required a lot of effort.”

One can only nod in recognition when they say they endured it all because they had a goal that was worth it. The outcomes of this research was published as six papers in a special edition of Astrophysical Journal Letters. All 200 researchers who took part in the project were listed as co-authors. 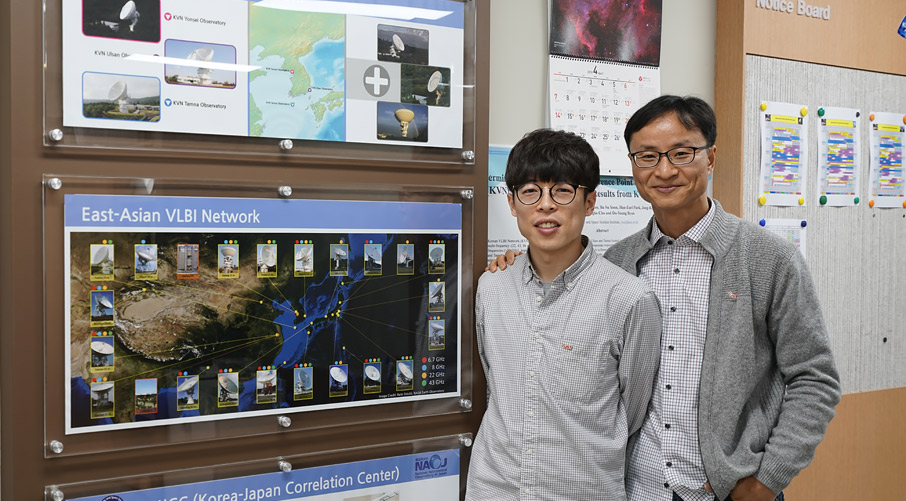 “Participating in such a meaningful project with my UST student and junior researcher Il-je makes me anticipate even greater things in the future. This is only the beginning. Now we can conduct research on actual black holes, which could only be based on assumptions in the past. We will strive to increase the contribution of the Korean team to the EHT project in the future.”