Finding the key to human survival...Expanding the horizon of polar research 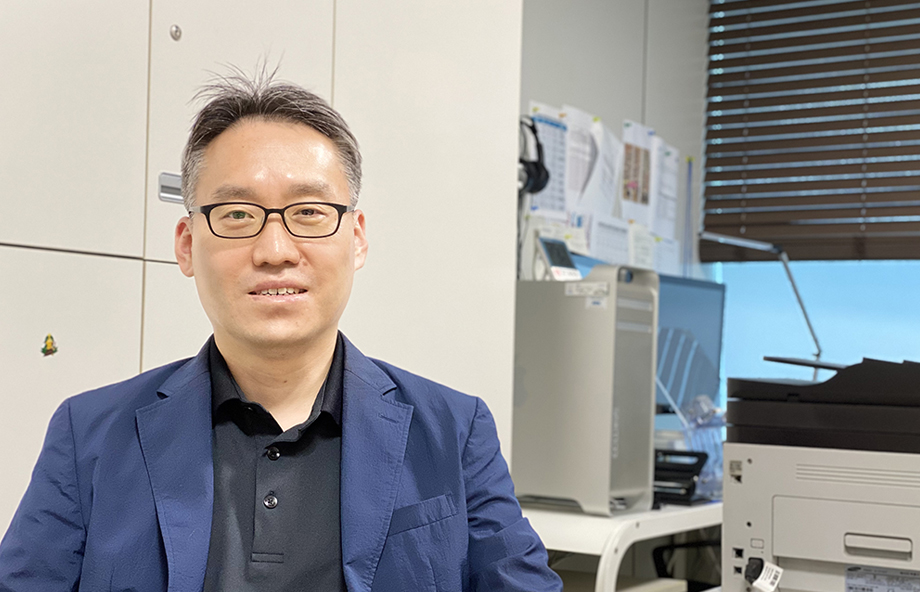 Finding the key to human survival...Expanding the horizon of polar research

In the polar region, the most unique ecosystem that exists on earth, covered with ice and snow, ‘Can living things really survive?’ There exist ‘extreme creatures’ that continue to evolve and survive under this ‘extreme environment’. For example, fish in Antarctica have ‘Anti Freezing Protein (AFP)’, so they can survive in cold water temperature. It is a protein made by polar fish to survive in extreme environments. Professor Lee Joon-hyeok of UST-KOPRI Campus has worked hard continuously to reveal the hidden secrets of these polar creatures. He expects that his research can be utilized to save human life in the future. 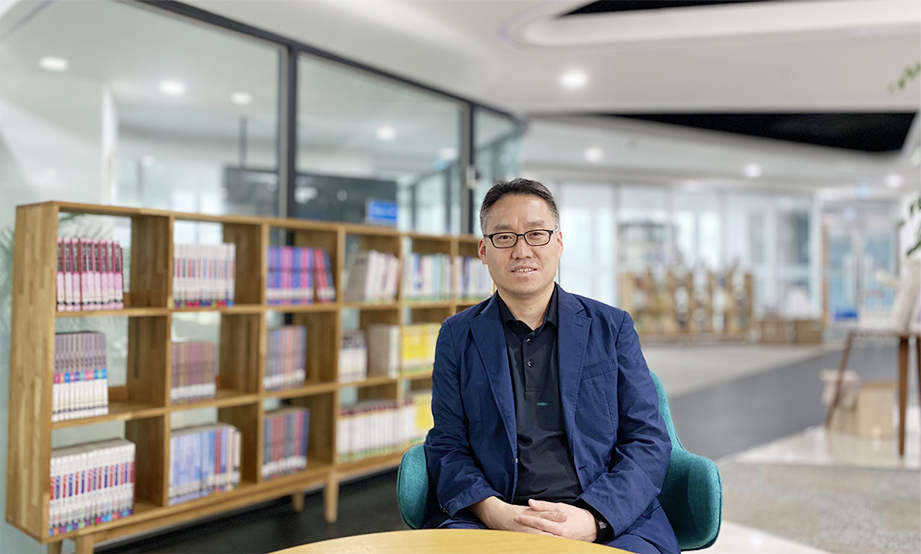 Endless attempt toward the world of unknown

It is said that science and technology are becoming fads these days. However, professor Lee is known as the best researcher in Korea, who has taken only one path of polar creature research for 11 years.

“Currently we are identifying various AFPs in polar creatures and conducting tertiary structural analysis and functional studies on the AFPs. AFP binds directly to ice, inhibiting the growth of ice crystals, and lowers the freezing point. In the agricultural field, we are making an effort to create transgenic plants by expressing AFP in plants for the purpose of preventing cold damage to crops. In the fishing industry, it is used for the development and research of cold-resistant transgenic fish. In the medical field, it is utilized as a cryopreservation additive for biological samples such as stem cells and umbilical cord blood. In the food industry, it is used as an additive for an ice cream and in the cosmetics industry, it is used as a functional cosmetic ingredient to prevent frostbite.” 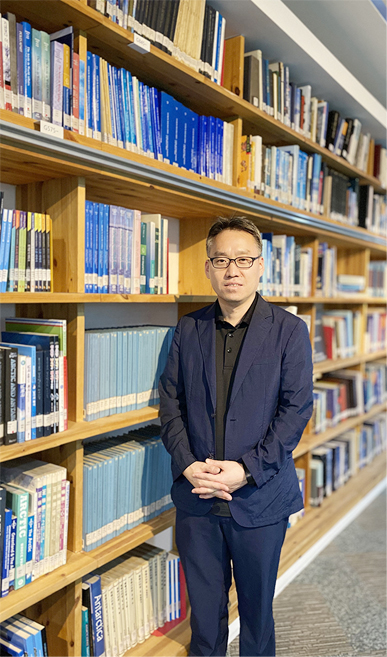 “Low temperature enzymes have evolved to have structural fluidity by inducing some degree of destabilization in the activated area or the entire enzyme in order to have high activity at low temperature. For this reason, the movement of enzyme to combine substrate and release products at a low temperature,”

“We are developing a technology to produce antibiotic modifier using the substrate flexibility of low temperature enzymes. In addition, we are trying to increase the possibility of developing new antibiotic materials by applying an antibiotic material design method from target protein of antibiotic-resistant bacteria simultaneously. The current COVID-19 situation has taught us that we need to continue our research on new drug development for pathogens which are emerging newly due to climate change.”

Professor Lee has published 101 SCI(E) papers, 2 international books and achieved 14 patents since he joined the campus. Is it a recognition of his hard work? Recently, professor Lee received Ministerial Citation in commemoration of the 54th Science Day. “When I heard the news that I would receive the citation, I could not believe it at first. Because my research is far from trendy research these days and there are many professors who have shown better research outcome than mine. However, I take it as a message to keep up with my polar creature research continuously in the future.”

All of us are the ‘leader’ and ‘master’ of polar research

Professor Lee Joon-hyeok is also making an effort to nurture future polar researchers. His efforts date back to 2010. When he started his research at KOPRI, he saw senior professors conducted research together with UST students. It is said that he was very impressed by the horizontal relationship between professors and students as a partner, rather than the hierarchical and vertical relationship. 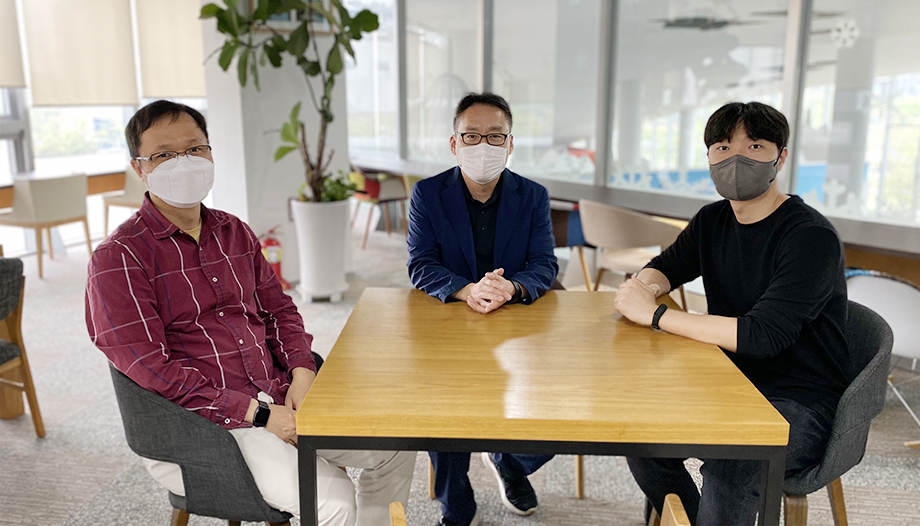 There are 3 PhD graduates (PhD. Do Hak-won, PhD. Lee Chang-woo and PhD. Jeong Chang-sook) and 1 student in the combined master and doctorate course (student Hwang Ji-seop) under professor Lee. He shows his great affection for them to the extent that he was lucky to conduct study with them.

“Individual abilities are important but more than anything else, teamwork is the most important thing in polar creature research. Nobody can conduct research on polar regions, collect creatures, express recombinant proteins and conduct economical, structural and utilization research alone. UST students are working together to conduct polar creature research not as a supporter but as a leader. I am playing a supporting role to help students.” 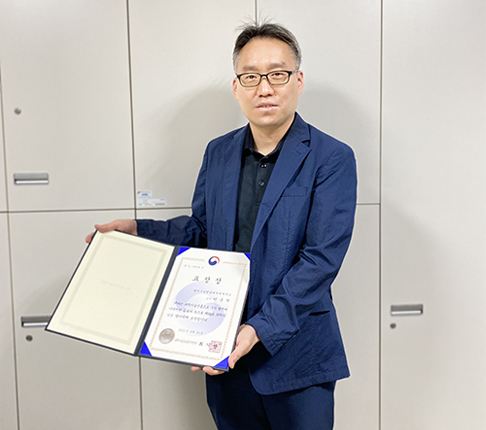 Professor Lee announced that he is conducting an interesting research recently. He discovered a living microorganism (Paenisporosarcina sp. TG-14) in about 1-million-year-old glacier in Antarctica. He found that the microbes were able to survive in glaciers by forming hard-shell spores (apo: spore form where cell division stopped). If glaciers melt in the future due to climate change, countless ancient microbes living in them will come out to the world, right? Professor Lee says that research is needed to prepare for the future by investigating what microorganisms are in the glaciers.

“I think learning the secrets of natural phenomena through research is incomparable and enjoyable. I feel good when I see a scientist who enjoys research. I hope that UST students are impressed by me conducting research. (laugh)"