Flowing continuously into life...... Reading the world through ‘hydrology’ 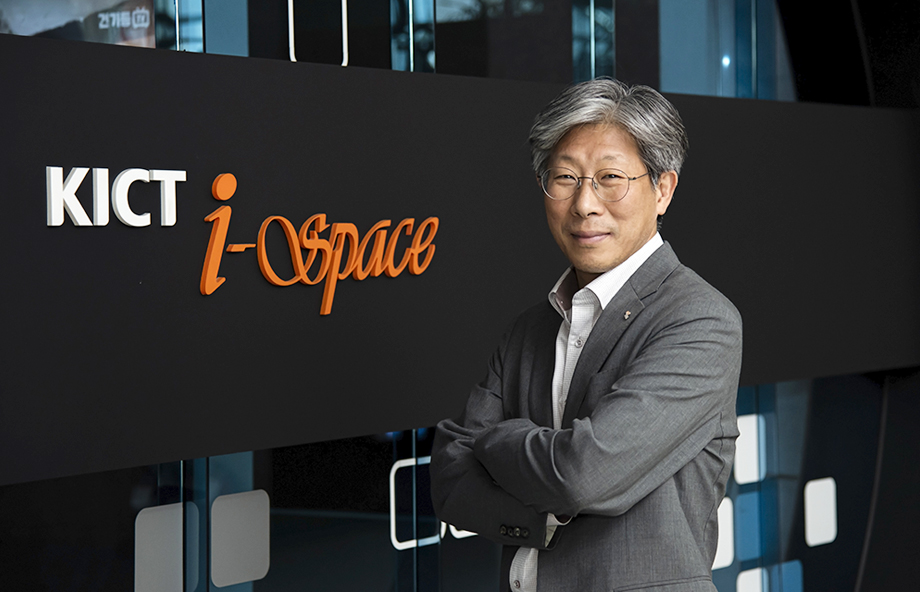 Flowing continuously into life...... Reading the world through ‘hydrology’

The rain from the sky seeps into the ground and becomes groundwater and flows into stream and river and river flows back to the sea. When sunlight shines on the sea water, it becomes water vapor to rise to the sky and the steam that goes up high in the sky becomes cold to create clouds and fall back as rain or snow. This long journey is called ‘water cycle’. Professor Kim Hyeon-joon of UST-KICT expressed the water cycle by citing the poem of Hwang Jini.
“Honorable Byuk Kye Soo. Do not boast of leaving so early./When you venture out to the sea,/ it will be difficult to return./ The full bright moon above the empty mountain,/ How about staying here to rest.”
Byuk Kye Soo, here, refers to a specific person, but it has the following meaning.
“Blue valley water in the blue mountains. Do not boast that it flows easily. It is hard to come back once you arrive the blue ocean. As the bright moon fills the empty mountain, why don’t you stay here to rest”
It is said that science and humanities have something in common. The research of professor Kim, who takes new approach by looking at the nature, incorporates humanistic imagination. He says. Learning something new and teaching somebody continuously are the natural thing like a river that flows. 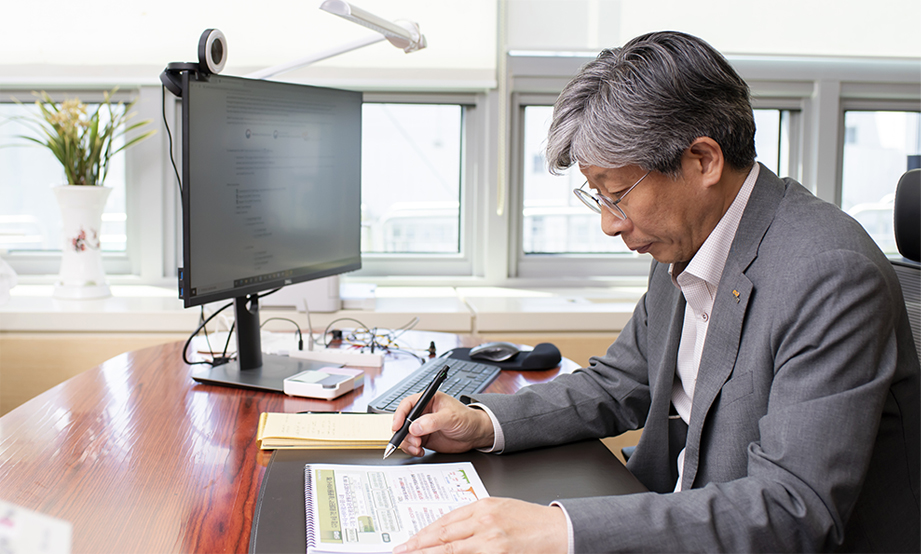 For the value of sustainable water

“Hydrology is a science that is very closely related to our lives. My research subject is to analyze the water cycle based on a computer program that is modeled with observational data and complex formula and provide information necessary in real life. Does it look so complicated? Then, I will put it in this way. There is “Towangseong Fall” in Seoraksan Mountain, the tallest and longest fall in Korea. I have been there with my family several times. It is a place where 8000 meter-class alpine climbers do rock climbing training on ice walls in the winter. However, water does not flow in normal times. The water stops quickly with a normal amount of rain. Why? Hydrology can provide an answer to the question.”

We calculated the flow rate of a waterfall stream on a rainy day with Hydrologic Cycle Assessment Tool (CAT) developed by hydrology research team. The water flow can be seen only after at least 30mm of rain falls down a day and we have only about 55 days with such amount of rain a year. If we can see pouring water flow, at least 100mm of rain should fall down a day and even after we have that much of rain, we can observe it for 2 days after it rains. It means that we can see it only two or three times a day. As such, hydrology is used in our daily lives. It provides information closely related to our lives like the calculation of water that flows on a dams, reservoirs and rivers that supply tap and irrigation water, how long the drought will last, how much groundwater can be used, the scale of the flooding and overflow of stream. 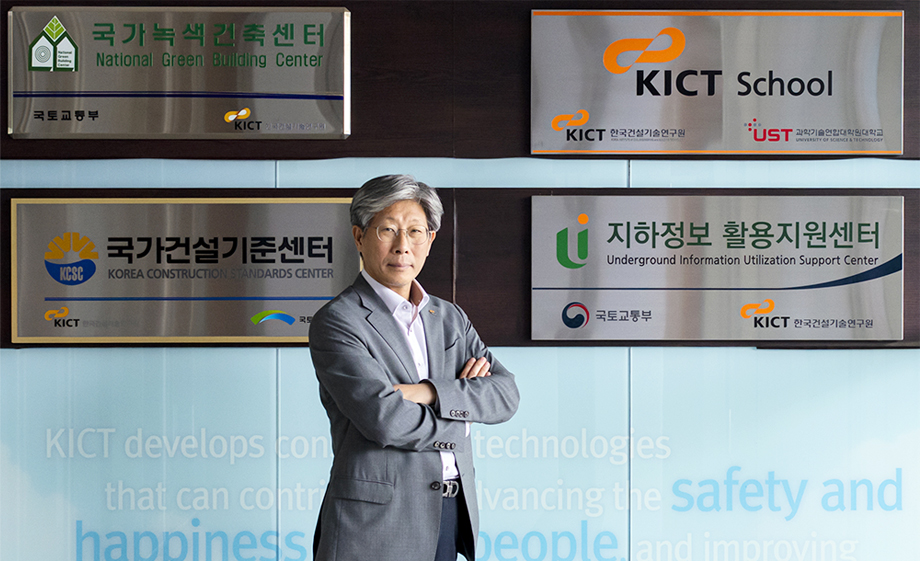 In 2001, professor Kim participated in the 21st Frontier ‘Technology Development Project Group to Secure Sustainable Water Resources’ by the Ministry of Science and Technology and developed a dynamic water resource evaluation model for the first time in Korea.

“At that time, Kim Seung, head of the project group promised with the Korean government that Korea would develop water resources evaluation model which can be easily used by the international community, particularly developing countries in Asia, when he acted as a hydrological advisor to UN WMO (World Meteorological Organization) for the Asian region. We thought that Asia was important because the Korean government had cooperated with Asian countries and the region had ‘rice paddies’ that were not considered by the hydrological model developed in the US or Europe. Fortunately, the program developed by us has a module that analyzes the water cycle in ‘rice paddies’ in Korea. It was an easy task for us and WMO welcomed the support from the Korean government and research team.”

The model developed was officially released in June 2019 after an in-depth review by WMO experts for 2 years. It means that an international organization recognized Korean technology. From April of this year, we have provided program user training via internet to 30 people from 11 countries and the Ministry of Environment, WMO and KICT will jointly host the 3rd workshop in June.

Professor Kim is very busy with external activities as well. He has been appointed a sa member of UN WMO’s Commission for Hydrology since June 2020 to provide advise on WMO’s water resources business and promotion projects, raise the status of Korean technologies in the field of water resources and hydrological technologies and support overseas cooperation projects.

Together for the journey to find the ‘answer’ 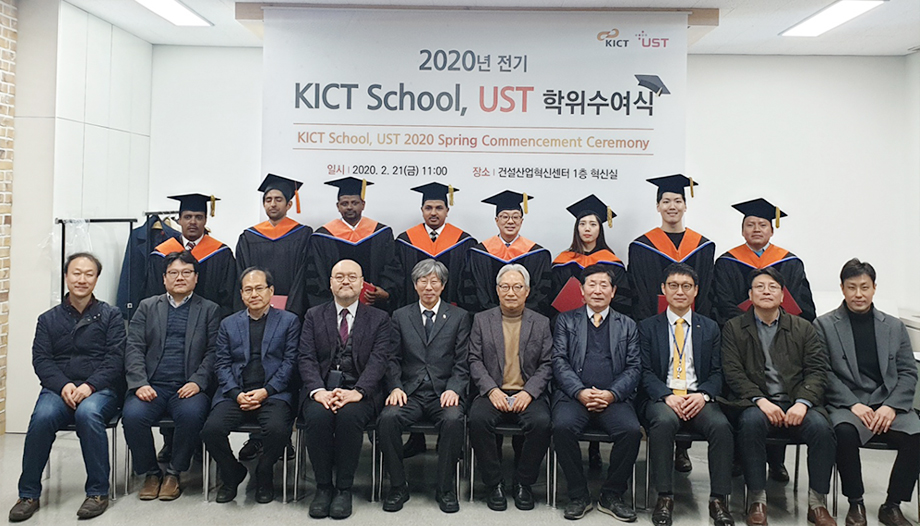 Professor Kim Hyeon-joon was appointed as UST faculty in March 2005 and has served as a major professor for academic administration for four years in addition to teaching students in masters and doctorate program, providing lectures, conducting field research and participating in seminars. In addition, he has contributed significantly to making the KICT school take root stably as a representative professor at the school since June 2018 after the establishment of the school in 2017. 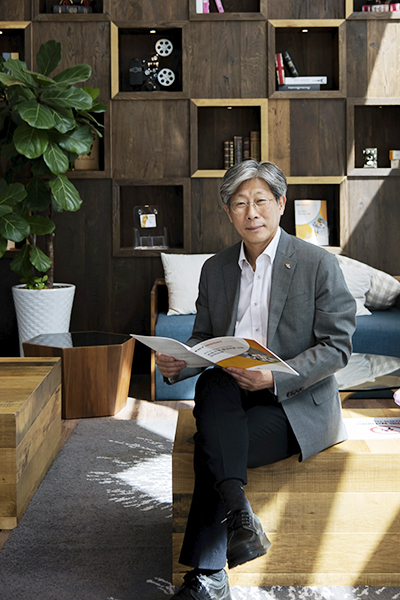 “As the campus was converted to a school, 3 majors were integrated into one and sub-majors were divided into three. Existing majors were changed to sub-majors. We organized curriculum for major courses and made school professor meeting a regular one. All maters such as appointment of new faculty members and selection of students are decided at the school faculty meeting which is held at the end of every month, and the decision is made to the president of the UST. In addition, we hold an opening general meeting with the participation of all professors and students in the beginning of each semester.”

In particular, professor Kim publishes ‘KICT school Newsletter’ to expand communication between students and faculty members as the relationship between the two has become distant due to COVID-19 IN 2020. It is decided to publish ‘KICT News-letter’ when we considered the ways to boost students who were tired of studying and research and communication channel to contact graduates continuously. After 2 months of work, the first issue was published and the second issue is in progress in this semester.

Since its opening in 2004, KICT school has produced a total of 64 graduates (13 doctors, 51 masters) and graduates are working for government-funded research institutes, public institutions, education institutions, large and middle sized companies, overseas universities, graduate schools and public institutions. Professor Kim’s efforts led to the Ministerial Citation on the 54th Day of Science.

“I am honored to receive such a good citation even though I did not something special. I think that this citation is given to me not because of my work but as a representative of professors who have taught students with passion. KICT School will continue to select outstanding domestic and foreign students focusing on developing their ability to conduct field-focused research and lead the research in each area. We plan to find opportunities for young and competent government officials and engineers in developing countries to receive retraining. I hope that it will be a meaningful work to share our experience of making Korea what it is today after studying abroad in advanced countries such as the US and Europe when Korea was poor with developing countries.”