Development of cryogenic temperature change detector, a new idea that generated a new concept that did not exist in the world 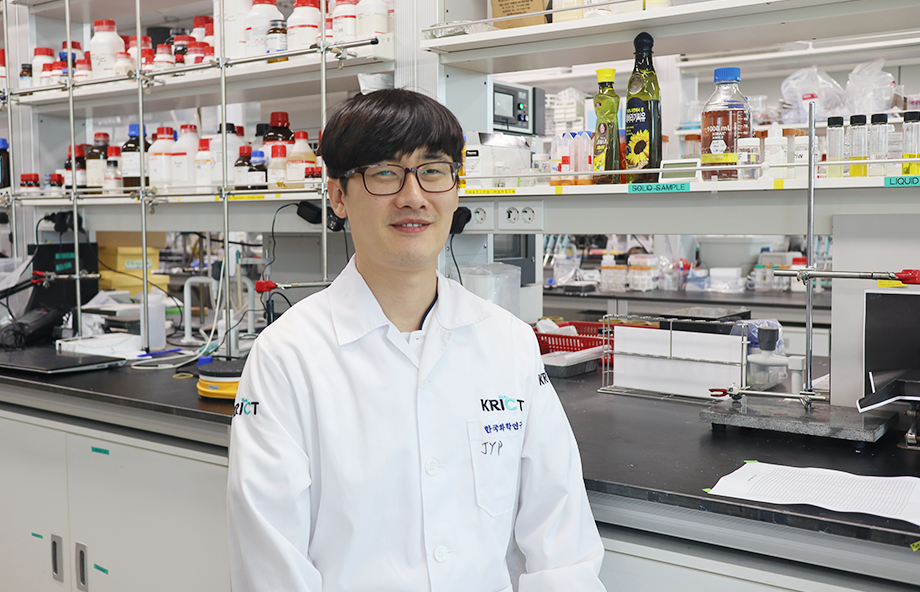 Development of cryogenic temperature change detector,
a new idea that generated a new concept that did not exist in the world

These days, many people are getting vaccinated against COVID-19. It is heard that the vaccination rate is close to 30% as the number of people who got the first dose has exceeded 15 million. We are getting closer to overcoming COVID-19 as many people are vaccinated now but the vaccine issue was always at the center of the attention until the second half of last year. In particular, people paid attention to ‘whether the vaccine is stored and distributed at an appropriate temperature’. That is because mRNA-based Pfizer and Moderna vaccines have to be stored and distributed at cryogenic temperature but it was found that they were not managed properly. The research team led by professors Park Je-young, Oh Dong-yeop and Hwang Seong-yeon, who are the faculty member of UST- KRICT School developed a cryogenic temperature change detector to solve this problem. This is a way to check whether the vaccine was stored and distributed at an appropriate temperature intuitively. 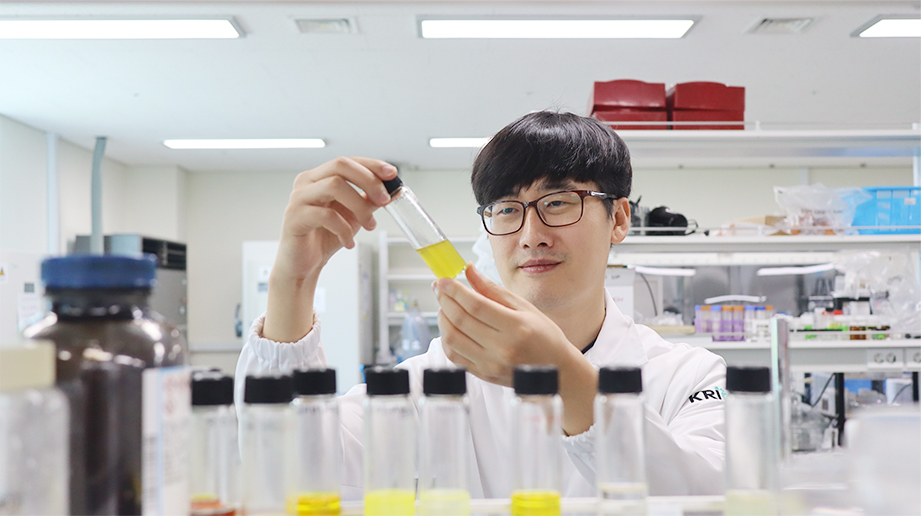 This new idea, which generated the concept did not exist in the world, was interestingly started from small talks among Professors Park Je-young, Oh Dong-yup, and Hwang Seong-yeon at the dining table.

“We love to study and discuss together. One day we were eating together while watching TV and the news about the storage of vaccine at cryogenic temperature came out. At that time, the principle was to store and distribute Pfizer vaccines at minus 70°C and we thought that ‘there may be some people worrying about whether vaccines are stored and distributed at the proper temperature’. At that time we just developed a temperature change sensor for refrigeration based on a self-healing polymer material. Although the basic principles are completely different, we started researching with the idea that ‘it might be possible to develop cryogenic temperature change detector with different methods’.

They found the answer in a mixture of ethylene glycol and water used as a coolant in automobile engines. The melting point of this mixture is minus 69°C. We made a device that puts the mixture and pulp powder together, and when the mixture was exposed to high temperature for a certain period of time and melted, it was designed to seep into the pulp powder and cause a color change. This device was attached to the vaccine storage box so that the change in temperature could be identified by the color change. 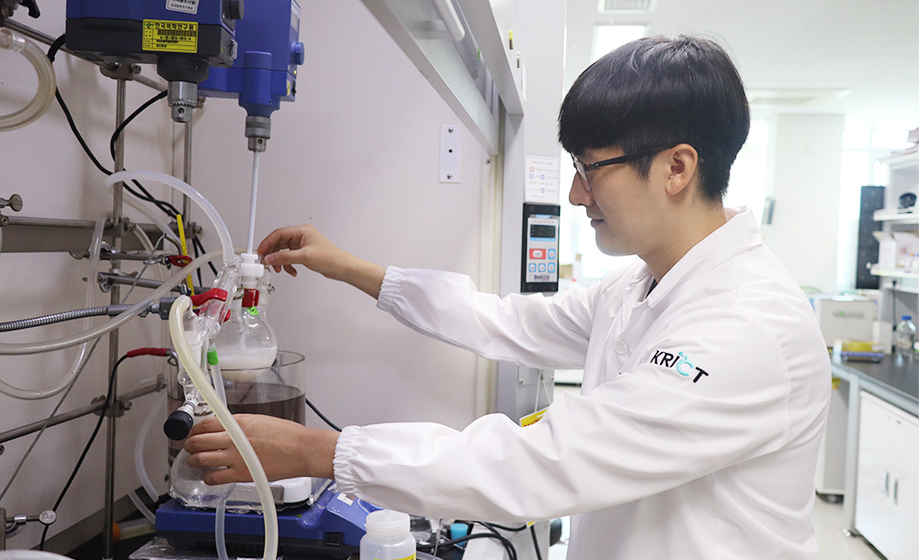 “It is an easy principle that anyone can think of, but no one has tried it. We made it for the first time in the world.”

As the safe storage and distribution of mRNA-based vaccines is directly related to the lives of the people, professors Park Je-young, Oh Dong-yeop and Hwang Seong-yeon and Lam Tan Hao UST PhD course student took research steps quickly. It took Lam Tan Hao a month to create the initial idea and experiment, a month to organize the data, and 48 hours to draft the thesis.

It was student Lam Tan Hao who played a central role in the research, from generating ideas to designing experiments, organizing data, and drafting thesis. He said, “We had to announce our research results first, so there was not enough time research steps were taken very quickly. However, the process went very smoothly and I had a good experience.” This study was published in the online edition of [ACS Omega], a journal of the American Chemical Society, and was selected as a cover paper in the March issue of this year.

“Withstand, enjoy and strive to make it yours!”

The reason that I had an interview with professor Park was because of the performance of the cryogenic temperature change detector, but in fact, his main research area is 'polymer material development'. Specifically, he conducts research on self-healing polymer materials that repair damage by themselves, biodegradable bioplastics, and organic nanofibers. There are many people who have heard of the achievements of the Korea Research Institute of Chemical Technology through the news. 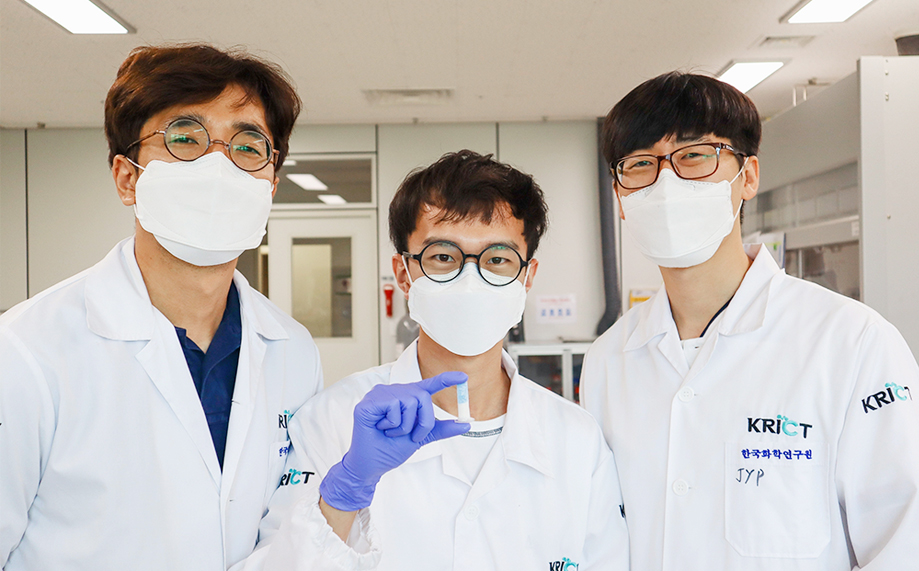 Professor Park worked for a private company for two years before joining the Korea Research Institute of Chemical Technology. “I moved to my current position because I wanted to do research that meets public purposes rather than research that belongs to a company. There was also the desire to come up with new ideas and conduct independent research in the field of polymer material development. So, I started research to solve the problem of waste plastics that humanity must solve, such as self-healing polymer materials and research on biodegradable bioplastics.

“As you know, the mission of the government-funded research institute is to solve social problems in the end. I always think, 'How can we easily solve social problems with our research power and technology?' Among them, the plastic problem is the most fatal to mankind. It is not a problem that can be solved overnight. Perhaps I will have to dedicate my life to solving this problem.” 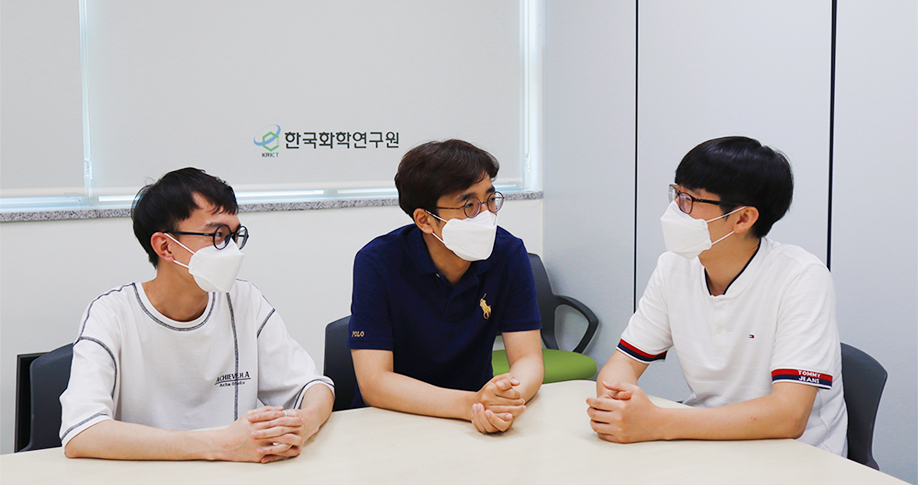 On the research journey of professor Park, he gets significant support by working as a UST faculty member with UST students. Even during the short interview, I could feel his trust and affection for Lam Tan Hao, who contributed significantly to this research outcome. Finally, I asked professor Park to give UST students a piece of advice.

“Life at graduate school is hard. Because you are supposed to pull out things that have never existed before in the world. If you control the process of enduring the pain, enjoying creation and studying hard, you will soon be able to graduate with doctorate degree. Cheer up!"