One step closer to the commercialization of the next-generation, high-stability lithium secondary batteries 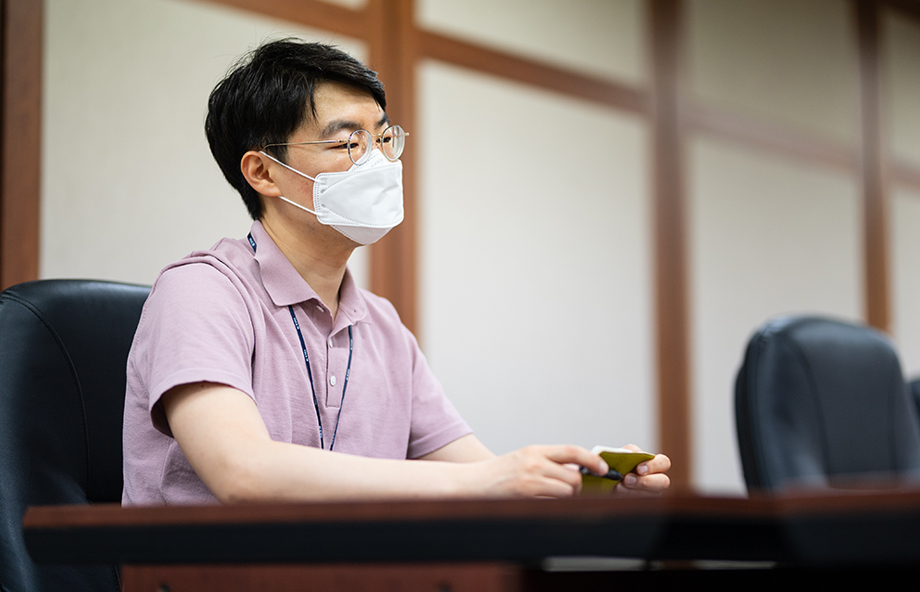 One step closer to the commercialization of the next-generation,
high-stability lithium secondary batteries Development of core materials that overcome existing limitations

Have you ever heard of Baghdad Battery? It is an ancient relics discover in a village called Khujut Rabu near Baghdad, Iraq. 12 items were discovered with 14cm-high jar. The jar had an iron core along with a cylindrical copper plate and it is predicted that acidic substances were present due to the traces of corrosion on the surface. Wilhelm Konig, a German archeologist presented a hypothesis that the relics was the origin of a battery. Of course, hypothesis is just a hypothesis so we have no idea about how it was used in practice. However, we can think about the advances in science that have been made for a long time. Because science has always been developed with new findings and continuous research by those who dreamed of progress. If the Baghdad battery is the origin of the battery, it means that we have been developing and using it for thousands of years. Professor Shin Dong-ok of UST-ETRI School is also making an effort to develop high-performance and high-safety secondary batteries by constantly challenging the research foundation that have been laid by researchers before him. 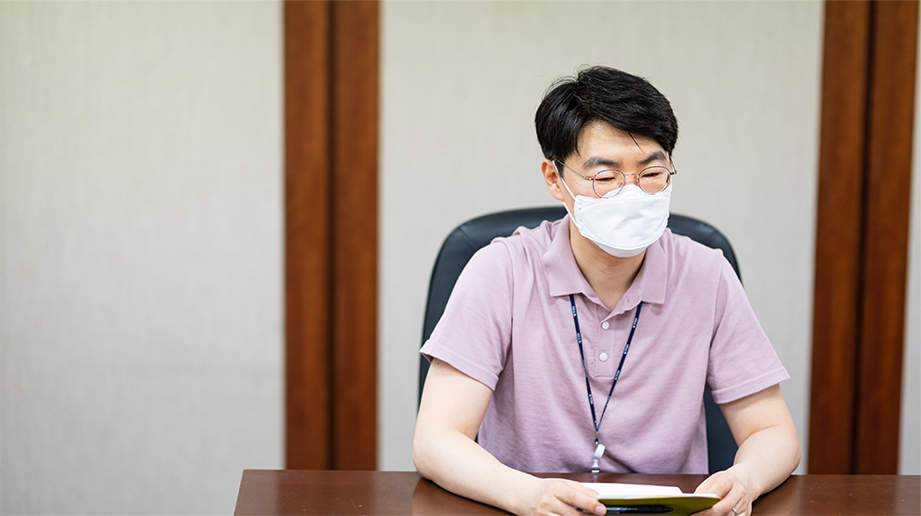 Try new research based on past research experience 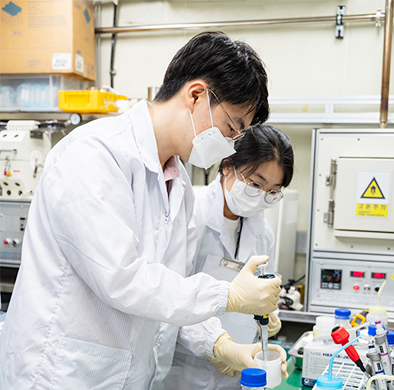 Professor Shin, who had dedicated himself to the development of all-solid-state secondary battery system for 10 years since he joined ETRI in 2012, has succeeded in developing organic and inorganic hybrid electrolyte with a new interfacial structure. It is meaningful in that it can overcome the shortcomings of pure liquid and pure solid electrolytes and maximize the advantages such as stability and performance.

The research outcome was published last May in the online issue of Energy Storage Materials, a world-renowned academic journal in the field of energy materials.

“No research is use. Research is adding new ideas to the foundation laid by previous researchers. My research outcome this time is made by choosing one of the many points to be studied by the secondary battery researchers and studying it further.”

Research journey together with students as a professor,
senior researcher, colleague and friend

Student Lee Myeong-joo, who is taking integrated matter’s and doctor’s program of UST, played a major role in producing research outcome by professor Shin. The student worked together for the thesis as a co-first author. Student Lee Myeong-joo played an important role in establishing a more advanced test process by adding her idea to test process such as test plan, synthesizing energy materials, manufacturing storage devices and evaluating battery characteristics. 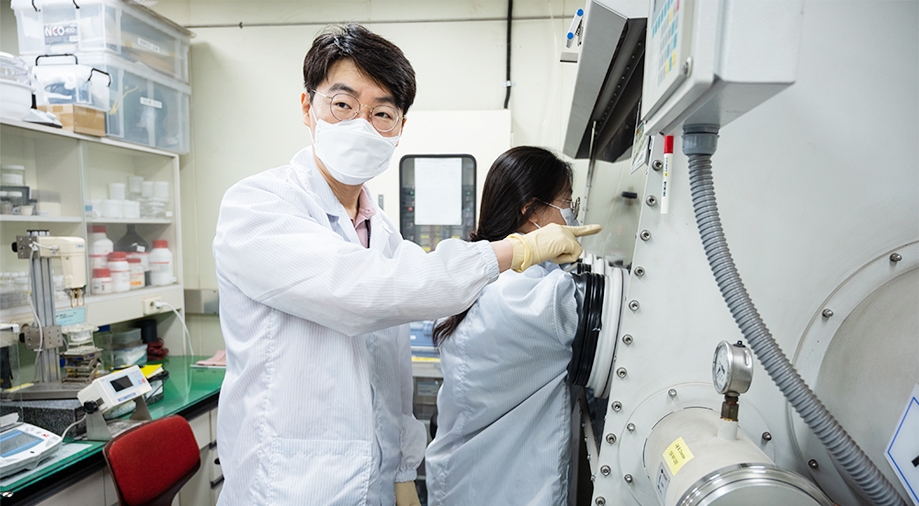 “She is my first student after I became a UST faculty. I am very proud of her when I see that she grows by accumulating research experiences one by one. However, I will be very happy if I see that she continues her research after graduation at a company or an institution.”

Professor Shin wants to show that he is always making an effort as an educator. He said that researchers should make continuous efforts to guide graduate students as the research level of Korea is steadily increasing and excellent students are entering a graduate school.

“The judgement on our efforts is very intuitive. The research outcome represents our efforts. That is why I want to try new research.” 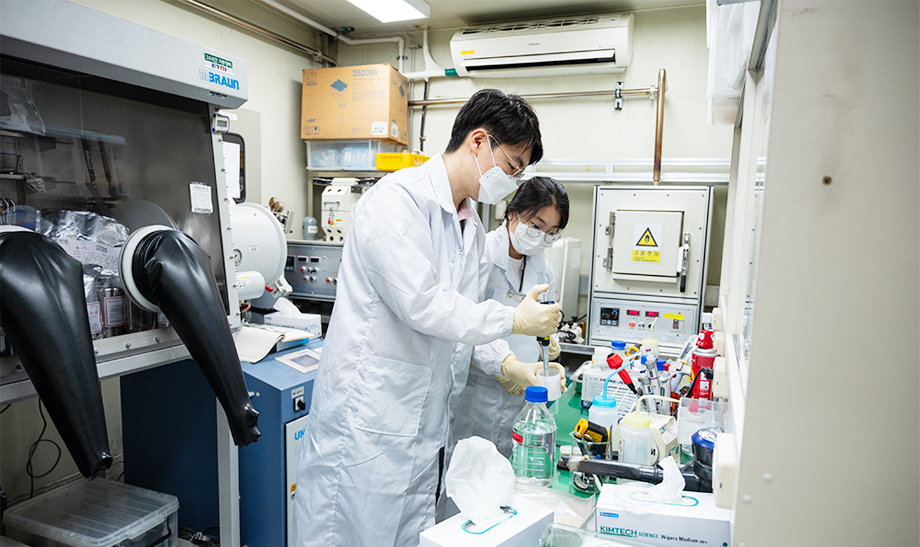 Another point that professor Shin considers for his students is the ‘role’. Unlike general universities and graduate schools, UST has few students. This could be a limitation for UST students in terms of experience and opportunity. Therefore, professor Shin wants to be a professor, senior, colleague and friend of his students.

“I am trying to let the students know about the competition that is commonly found in general laboratory and junior-senior relationship. In UST, professor-student relationship is relatively flexible so sometimes, I have a fierce discussion with students to the extent that others might think that we are in fight. I think my students learn from me as much as possible before graduation.” 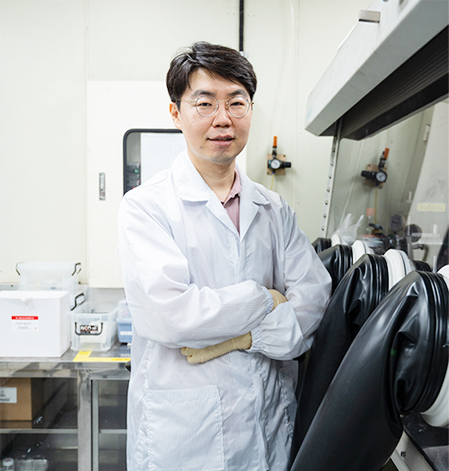 The hybrid electrolyte developed by professor Shin this time is aimed at developing the secondary battery with improved safety and performance. The role of hybrid electrolyte is expected to increase continuously as safety is of paramount importance because electronic devices closely related to human body such as mobile phones, smart watches and smart glasses are developed and used.

Science is constantly moving forward thanks to the passion of each researcher. In the process, new scientific talents are nurtured, and the history of research continues without interruption. I look forward to the growth of the secondary battery based on teaching and learning between professor Shin Dong-ok and students of UST-ETRI School. Just as professor Shin has a dream as a materials scientist, I thought that it would be good to have another chance to interview with him after the development of a material that will make Korea a powerhouse in the secondary battery materials.