“I am Tracing Back the Order of the Universe in Korea” 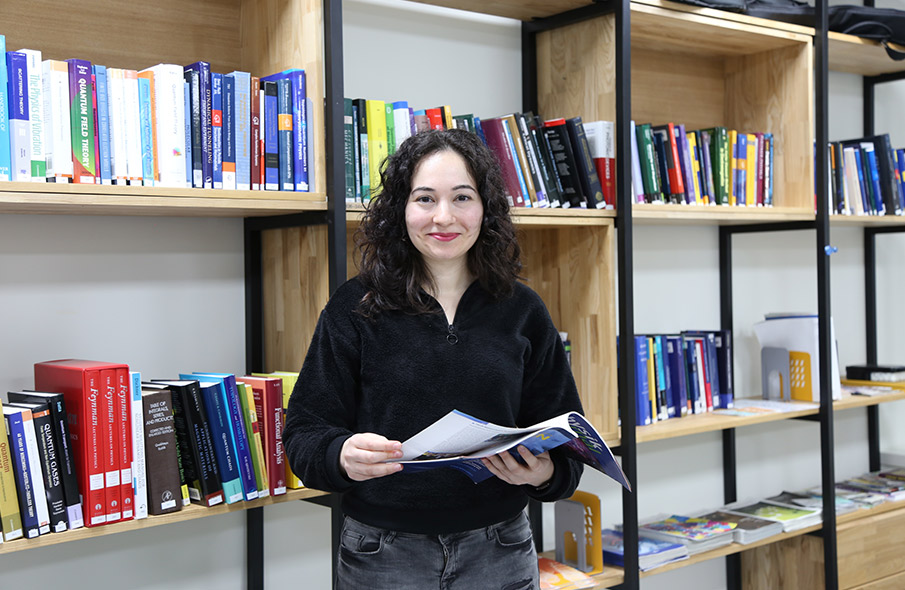 “I am Tracing Back the Order of the Universe in Korea”

Turkey is often referred to as the crossroads between East and West. The nickname can be traced all the way back to the time of the Eastern Roman Empire and Byzantium, to its capital Constantinople (present-day Istanbul) astride Asia and Europe with the Bosporus in the middle. A UST-IBS integrative student Yagmur Kati comes from Yalova, a city not too far from Istanbul and a famous tourist destination known for its panoramic beauty of the Sea of Marmara, which bridges the Black Sea and Aegean Sea. 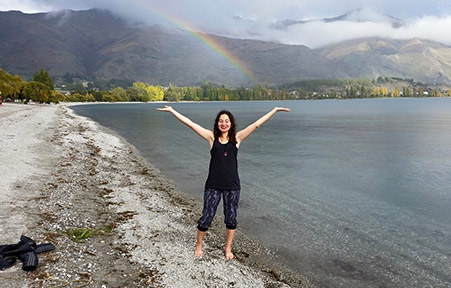 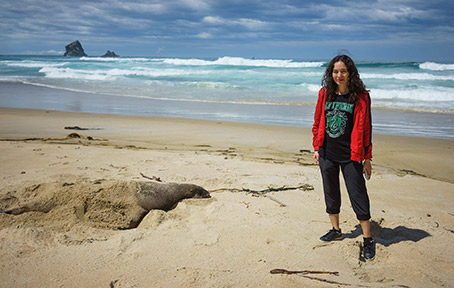 Two Sisters Named after the Sun and Rain 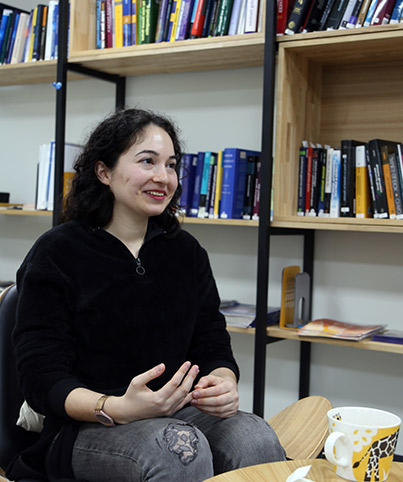 “My parents are working as teachers in Yalova,” says Yagmur Kati. “My dad, who teaches mechanical engineering, is a collector of scientific magazines. He believes that the materials help students take an interest in science. And with all those magazines lying around our home, I, too, got naturally interested in science even when I was little.” 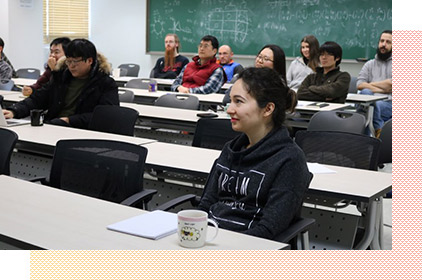 Interestingly, the name Yagmur means rain in Turkish; her older sister’s name means the sun. (Well, your readership, do the math. Their parents must be keen on natural phenomena.) And just like her name, Yagmur was a sensitive girl with immense curiosity for things in her surroundings and the order of nature. Moreover, she was an avid reader. Voraciously reading away the scientific magazines catered to her by her dad, Yagmur spontaneously nurtured her dream of becoming a scientist.

When the time came that Yagmur graduated from high school, she didn’t lose much sleep over which university or which major she should choose. It was, of course, basic science, what else? So, she started her study of chemistry at Bilkent University in Ankara, the Turkish capital. During the course of her research, however, her interest gradually evolved, guiding her toward the search for the order of nature. And that change led her to switch her major to physics when she began her graduate study. 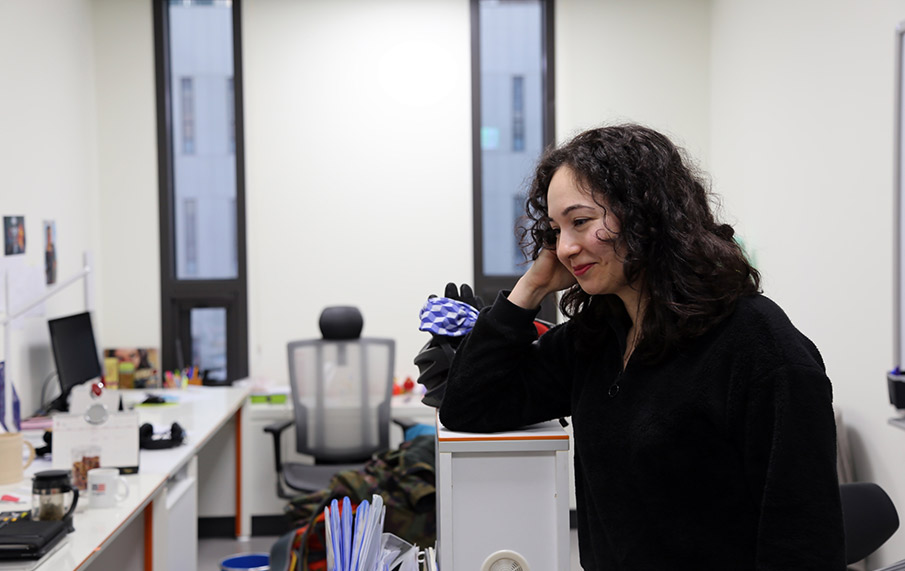 Nearing the end of her master’s program, Yagmur was considering leaving Turkey for somewhere bigger so she could prepare herself to be a hardcore scientist. She searched diligently for universities and research institutes around the world. One day, an article about Professor Sergej Flach caught her eye, he being a world-renowned theoretical physicist. And that’s how she found out about the University of Science and Technology (UST), a newly established network of research-oriented higher education institutes in the Republic of Korea.

“When I found out about the UST, the appeal was that I could be advised by esteemed scholars at a globally competitive basic science research institute and continue with my study and research at the same time. I found the UST system particularly appealing because it offers all of its students a generous pay, academic stipends, a place to live in, and various other benefits.”

In 2015, Yagmur joined the doctorate program at Massey University in New Zealand, where Professor Flach was teaching. Then in March 2017, she officially began her study at UST, where she is a member of the Center for Theoretical Physics of Complex Systems on the UST-IBS campus and dedicates her time to study and research.

Now wrapping up her doctoral program and working on her dissertation full-throttle, Yagmur envisions herself in the role of a scholar who studies the fundamental order of the Universe based on her research background in theoretical condensed matter physics, many-particle physics, and statistical physics among other subjects. 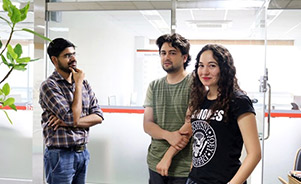 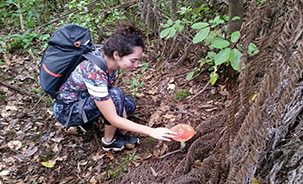 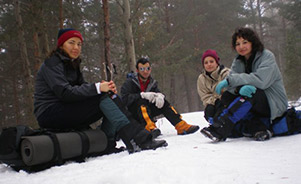 Yagmur says, “I’m excited and immensely satisfied with the UST research landscape, where I get to enjoy the outstanding infrastructure as well as the vast international spectrum of my colleagues.” She also commends her Korean colleagues, “They really stand out in terms of their focused approach to research and enthusiasm for what they do. I really am inspired by them.” What about her propensity for books and nature? It remains as strong as ever, even in her days in Korea. Lately, she says, a great joy comes from biking along the rivers in Daejeon, the site of the UST-IBS campus, with her colleagues whenever she catches spare moments between her hectic scholarly itineraries. 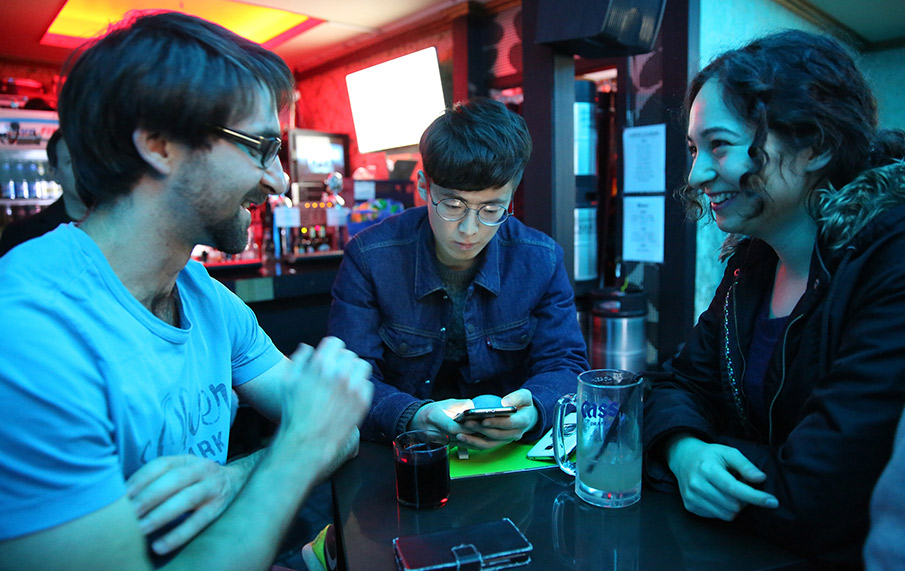