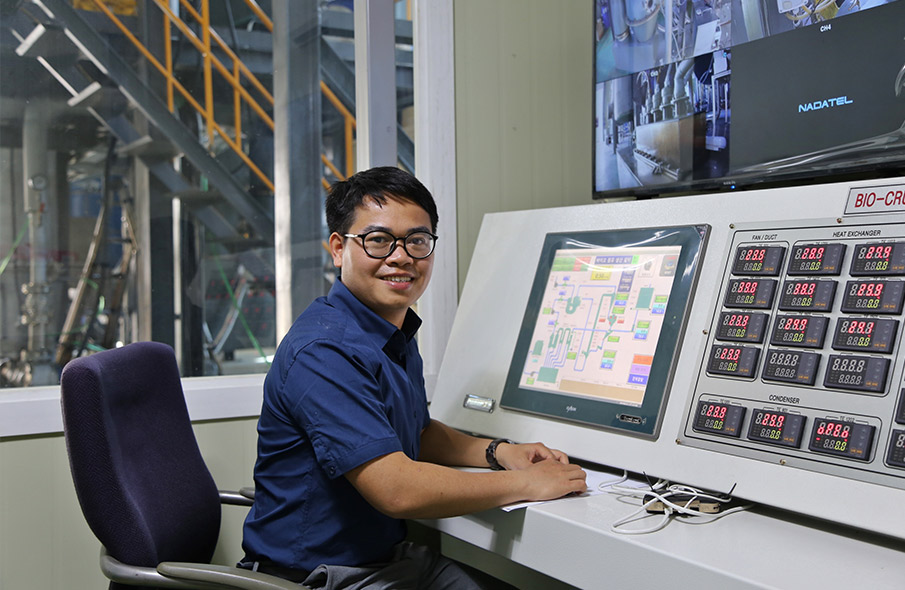 For many of us, coffee is an essential part of our daily routine, just like breakfast, lunch and dinner. It’s hard to imagine life without it. We begin the day with a cup of coffee, chase away the post-lunch drowsiness with coffee, and recharge in the afternoon with a cup of coffee. Coffee also plays an important role in the life of Quynh Van Nguyen, a student at the UST-Korea Institute of Machinery and Materials (KIMM) Campus. Vietnam, where he comes from, is the second largest producer of coffee in the world. In Korea, he is participating in a research program to breathe new life into used coffee grounds, which are usually discarded. 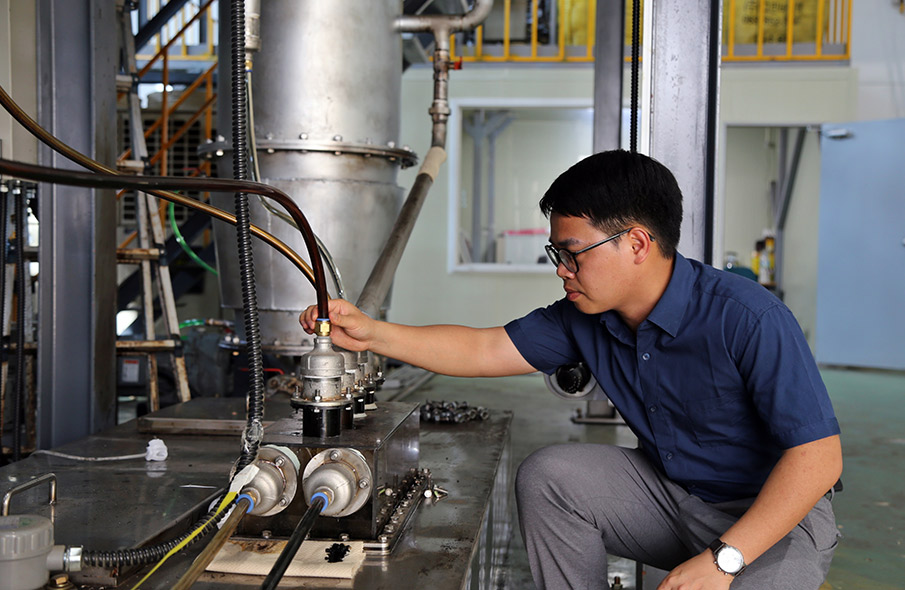 A Unique University in Korea

Nguyen had been working at a petrochemical company in Vietnam after studying chemical engineering at the Hanoi University of Science and Technology. The company was involved in extracting and refining offshore crude oil. At this job, he worked with many Korean engineers, which inspired him to pursue graduate studies in Korea, known for its advanced petrochemical industry. UST was highly recommended by his friends and colleagues.

“Many of them told me of a very unique university in Korea. The fact that students could participate directly in large scale national R&D projects, learning theory while gaining field experience, was very interesting to me.”

Nguyen came to Korea three years ago, and is currently studying and conducting research in the KIMM Environment & Energy Mechanical Engineering major. Just as he envisioned in Vietnam, he is participating in large scale research projects which are producing useful and interesting outcomes. 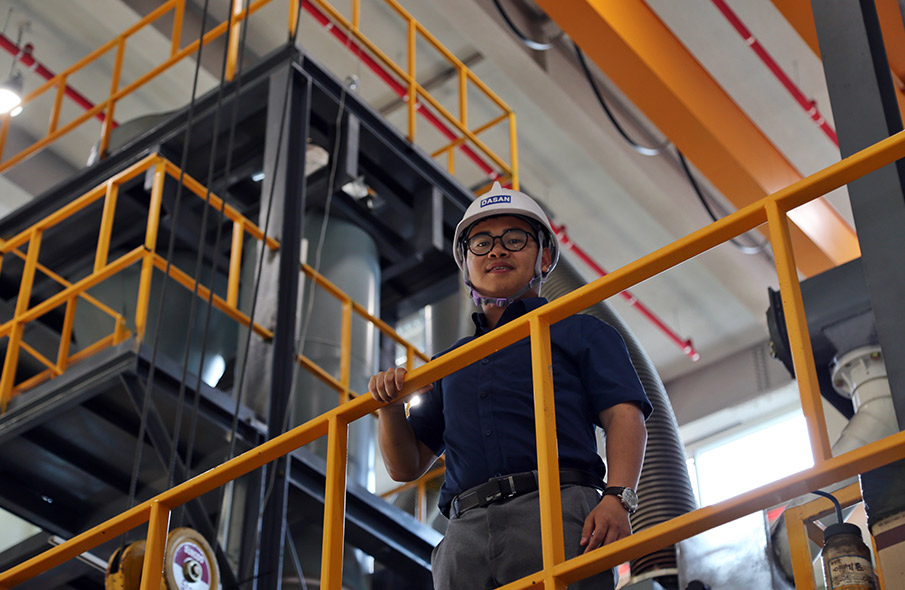 Coffee consumption in Korea has grown at an annual average of 15% over the past ten years. A Korean adult drinks 340 cups of coffee each year on average, which roughly equates to a cup of coffee a day. However, only 0.2% of the coffee beans go into the cup of coffee, and the remaining 99.8% become used coffee grounds. Coffee grounds are sometimes used as culture mediums for growing mushrooms, flower pot compost, or deodorizer and air freshener for their coffee aroma. However, it is only a tiny portion that gets used this way, and the vast majority goes incineration plants or landfills.

This is where the tilted-slide fast pyrolyzer, the development of which Nguyen participated in, comes into the picture. It can convert used coffee grounds, which would otherwise be discarded, into clean biofuel. In this system, dried coffee grounds slide down along a slope, generating friction against sand heated to approximately 500℃. This converts the grounds into steam, which is then chilled and converted into biofuel. This coffee biofuel is much denser in energy than biofuel from wood or sawdust. The majestic demo plant stands several stories high, and can convert used coffee grounds from 1,000 cafes each day. The pride on Nguyen’s face is clearly visible, as he walks around explaining the functions of the devices in every nook and cranny. 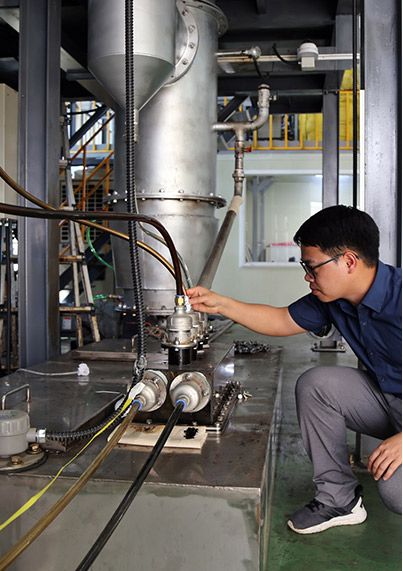 “This demo plant alone can produce 100kg of liquid fuel and charcoal of about 60% efficiency from 200kg of coffee grounds per hour. I am in charge of controlling the viscosity in the device stabilization process. When we take production to a larger scale in the future, it will address both the coffee waste and green energy conversion issues simultaneously. It’s exciting to just think about its potential use, as energy supply after the depletion of oil has always been my greatest concern.”

His academic advisor is Dr. Choi Yeon-seok, a world leading expert on technologies for biofuel production and utilization, who developed the technology for converting biofuel from coffee grounds. Nguyen and Dr. Choi share the hope that this technology will be well utilized back in Vietnam, the land of coffee.

Nguyen, who hopes to become a renewable energy researcher, says that the best thing about this project, beyond its scale and promising outcomes, is that it gives new life to something that was being discarded. His dream is true to the meaning of the word ‘research’- to search for the hidden value of things in the world and give them new meaning in our lives. 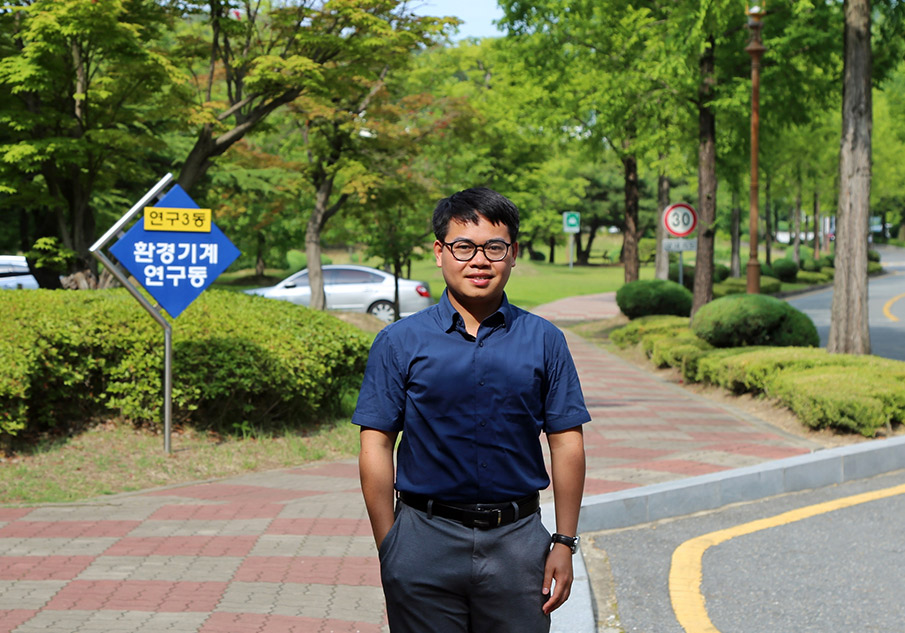